My biological parents loved us, but sometimes love just isn’t enough. Both of their souls had been ravaged by World War II. My father had witnessed the horrors of war firsthand. My mother had done her best to heal the gut-wrenching wounds caused by its savagery. My mother was a beautiful, but fragile angel, who was full of love and compassion. But her eyes concealed deep pools of pain that she tried desperately to cope with. Unfortunately, it eventually became too much for her and she had a nervous breakdown. After my parent’s divorce, the authorities split us kids up, placing my brothers, sister and I in Catholic ‘Indian’ orphanages.

While some children lived storybook childhoods, we did not. Instead, our childhoods were filled with screams, tears, fights, pain and every manner of abuse. My father was finally able to take custody of us, and honestly did his best, but made some seriously bad choices in his pick of ‘companions’. I have no doubt of where I would have ended up, but a one day a miracle happened. An angel walked through our door.

Her name was Jackie. My father’s brood (myself, two brothers and sister) were joined by her three girls and son, and a new family was born. All families have their share of difficulties, ours more so than most, but we had an edge that tipped the balance of our lives in the right direction. It was a two-legged Chihuahua with the heart of a mother Grizzly, the intellect of Sherlock Holmes and the kindness of Mother Teresa. There was no way to successfully lie to, or conceal things from her. She busted her rear end from before sunrise until long after we were in bed, to make sure that we had clean clothes, delicious wholesome meals and that our heads were screwed on right. 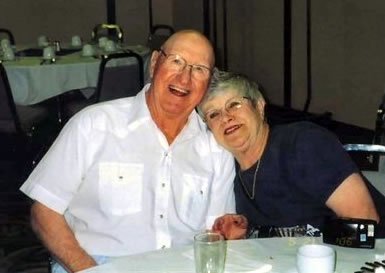 She was the only person that I ever knew that was ready, willing and able, to go nose to nose with my dad to defend us kids. Her hard work, love and laughter made a world of difference to me. She unknowing transformed a child from homicidal to homo sapien. I have never told anyone, but she’s the only person in my life that never hurt me. I can never thank that dear, sweet woman, who became my Mom, enough for all that she did for each of us. Nor can I ever express just how deeply I love her. But I want to try…

Mom (Jackie Lewis), you so deserve to be thanked! You need to know how much I love and respect you, and how incredibly grateful I am that you chose to love me back. The good Lord knows I did things that would have hardened other parents’ hearts, but you never quit loving, praying and encouraging me. You taught me how to make a braided rug, skin a rabbit and tend a garden. You showed me that love is unconditional. You smiled through struggles that would have easily broken the spirit of lesser women. I’m happy that my Dad died aware of how blessed he was to have had you in his life. Watching you hold him as he passed made me realize just how lucky we all are.

Will’s Thoughts – Equality Of The Sexes Is there such …

Will’s Thoughts – How Cold Spells Can Fire Up Memory. …