I have almost quit speaking the English language. While I continue to write it, only remnants of it now make it past my lips. I now mostly speak Inflection. Inflection involves the use of the unique combination of psychic, auditory, visual and physical expressions to communicate. To give you an example of the difference, in proper English the expression ‘Excuse me’, expresses a thousand pardons, or, polite perplexity. When speaking Inflection, the same phrase can have multiple meanings, depending on a number of variables. For instance, it can mean that we’re sorry for a mistake (demonstrated by slumped shoulders, lowered voice, a tendency to mumble and avoiding eye contact), or we’re confused by something that was said (demonstrated by that deer-in-the-headlights look we get when we’re really thinking, ‘My God, is he/she still talking?’). It can mean that we are offended (demonstrated by shoulders thrown back, flared nostrils, sardonic smile and clenched fists), or that we need assistance (demonstrated by slightly leaning forward into a humble posture, and speaking with an almost apologetic tone).

Inflection is not even required to be spoken! Empress of the Aisles, grand majesty of the Pay Attention Boy empire, speaks to me in Inflection all the time, and usually with little more than an arched brow or slanted eye. It allows her to, without speaking, imply her approval, or designate a position I need to assume for the unwanted, and undesirable, insertion of the object into an unmentionable location. I have come to learn that, speaking Inflection, more can sometimes be said by silence (the illusion that men pursue, but dread) than by words. When Jackie Frost decides to come for her monthly visit, volumes are said without speaking a word, and you just would not believe some of the language that is used! But, it is not the multidimensional capacity part of Inflection that I’m drawn to. I’m fascinated by its more creative aspects, such as its ability to combine communication and calamity to create humor. Speaking proper English is way too restrictive. For instance, let’s take the English expression ‘flatulent aerial route through’ for example, which when spoken in Inflection, becomes ‘fart’.

Yep, I reckon there’s folks that are happy sticking with the ‘old ways’, but I have migrated to the future. I wanted to be able to laugh, to love, to be happy and to make others happy. Only Inflection allowed that. Now, I can growl ‘Thank you’, chuckle ‘it’s okay’ and snarl ‘I love you’. I can say ‘Get away’ simply by pretending to lean to one side and grunting, or ‘I’m sorry’ with a foot massage. I bet you have been speaking and hearing Inflection all the time, and did not even know it. For instance, convert the following from English to Inflection: ‘Apply your lips liberally to my flower colored posterior parts’. 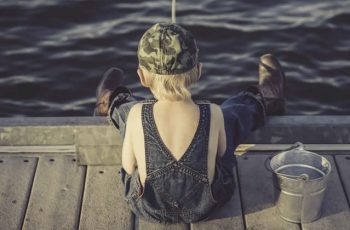