Will’s Thoughts – Equality Of The Sexes

Is there such equality of the sexes even possible?

Someone once asked me if I believed that men and women are equal. I told them that it was my opinion that there is no such thing as equality between sexes. Men are decidedly inferior. Seriously, it would take five men to do what a normal woman does every day, and it would take the men two days to do it. The only advantage that most men have over women, is their brute strength. Other than that, everything leans in favor of the ladies (but just try and get them to admit it)!

Now, before all you bra burners start picketing me, I guess that I had better explain why the heck I even got onto this topic. It all began with me trying to find a pair of nail clippers. I knew that the missing clippers were not in either of the male (or ‘Penis’ ) bathrooms, because their spartan inventories were limited to a comb, brush, toothbrush, half a tube of toothpaste, a tube of deodorant, razor blades, razor, shaving cream and a crumpled towel. So, bravely risking life and limb, I dared to presume equality and enter Crazy Lady’s Salon de le Poo.

I walked in and stood in awe. The Countess of Clairol had more stuff on one counter than I had in both ‘P’ bathrooms combined! There were bottles and tubes of exotic oils, creams, salves, little foam thingies I have no idea the purpose of, and a dozen tubes of assorted toothpastes. But that was just one basket on the counter! Below it, every door and drawer revealed even more stuff. Why, I found bags of cottonballs, strange unknown instruments, enough hair ties to circle the globe, and the most bewildering collection of feminine hygiene products on earth. There were women things with strings and wings, in an assortment of size and shapes, and for every type of ‘flow’. Beside them, were enough cleaning and sanitizing products to start her own darn janitorial company (trust me, you don’t want to know what that started me thinking). The more I looked around, the more the inequality of it all slapped me in the face. I realized right then and there, that there ain’t never going to be equality as long as men have bathrooms, and women have spas. Equality of the sexes indeed!

After looking under a tangle of hair styling devices shaped like weapons off of the Chronicles of Riddick, I turned and observed the remainder of her luxurious lavatory. I was stunned. Lining the Empress of Epson’s sunken marble tub, were rows of bottles of bubble bath, shampoos, conditioners, bath salts, and strangest of all, four little rubber ducks (???). Finally, I opened a drawer on her wooden towel stand, and lo and behold, there before me lay most of the world’s missing nail clippers, and the reason that I could not find a pair anywhere else. Now, I reckon that ‘she who has a way of making my name sound like something people use to call hogs’ has the same number of nails to trim as I do, so why does she need enough clippers to supply the Chinese army, while I rate none at all? Well, it turns out, after much soul searching on her part, it was because she said so. Hearing her coming back into the house after running her critter soup kitchen, I quickly selected a pair of clippers and was rushing back to safety, when I noticed that Mrs. Allmine had pink towels, a pink rug, pink bath mat and even pink toilet paper. Equality of the sexes? Oh, good grief! Seriously? Will the inequalities against us men ever end? 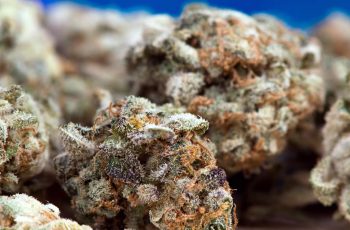