Every time I watch, read or listen to the news I wonder how much fear, anger or madness has gripped the human race. Are the news stories faked to some degree, or are the situations as bad as reported? Either way we have to get at the truth of the matter, then start dealing with the root causes of each situation. It’s getting to the point that people must be getting numbed or burnt out from hearing about all the ‘disasters’ that are happening. I’d like to know just how much harm is being done to our overall mental and physical health. Are we capable of turning things around in time or will we continue on a long downward spiral?

It must be well known that any news bears little resemblance to what is happening in real life. Due to the time factor involved, newscasters can only present a small fraction of any story, so what you get is more descriptive than factual. As a result, a lot of information is left out, ignored if not conveniently forgotten about. So all the truth seekers have their work cut for them as so many people will pull them in different directions. I could be a cynic in asking how many people are being paid off to do and say the things they do.

We really need to do a 180 degree turn as quickly as possible to switch from telling so many lies to speaking the truth. It has gotten to the point that I can’t trust anything that comes out of the mouths of the various social engineers. It all sounds like they are reciting a script handed to them by their handlers.They must be quite frightened on how to use up front honestly in an effective manner.

We need to raise some questions when a false flag operation occurs. Was it really a radical that was responsible for the incident? Did they background check for any connections to provide truthful information? Was the situation manufactured to make any law enforcement agencies look good? Are the ‘witnesses’ credible or are they merely actors? Was any evidence planted or disturbed where the accuses resided? Did the accused act alone or did they have any outside help? These questions must be directly and honestly faced to separate fantasy from reality?

It’s like a lot of the recent mass shootings that are happening in our world is to put the public into a fear mindset and keep them in it. The bogeyman has come out of the closet and is now running the show. Basically we are told not to think to any degree as the handlers claim to know what is good for us. This is when I start to think that the truth of any story isn’t going to see the light of day. As a species we need to stop being to gullible, we need to start pressing for the truth of any situation.

We need to be more skeptical on what is being told us. Are these new’s diseases as strong as they are made out to be? Just what is in the vaccines and how does it affect your body once it is injected into it? How much information making the rounds is made up to fill some agenda that social engineers want to push on us? Questioning the official view must make it’s supporters rather nervous if their belief system is like a house of cards, or a home built on sand. But until the majority of us start waking up, the same old song will keep on repeating itself.

We need to take the power out of the hands of the select few and spread it around as evenly as possible. This way we can take charge of our own lives. We don’t need to be herded into high density cities, kept under constant surveillance 24/7 or be dictated to the smallest detail on how to run our lives. I’m leery of the day if microchip implants become mandatory to be inserted into every human body. Would the person become little more than a zombie or robot that becomes under total control of who or what is operating the microchip?

We really don’t have to focus our energy on a made up enemy. It reminds me too much of the Two Minute Hate in the novel 1984 where the group hatred was focused on a hologram of Emmanuel Goldstein. We must start stripping the veneer off the surface to see what the truth is underneath it.

Did Jesus intend to create a church, or did the … 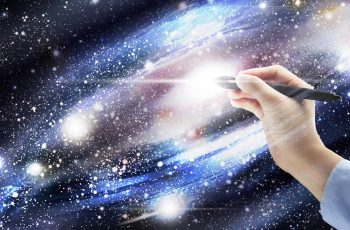