Just before her 17th birthday, we lost our eldest granddaughter, Caylee.

It wasn’t the result of a terrible tragedy, like an accident or sickness. No, we lost her to the worlds of academia and travel, when she was chosen for a scholarship through the United World College in Hong Kong.
Her grandmother and I saw her off at the airport, and it was with mixed feelings. We were proud of her accomplishments, but in our eyes we were putting our little girl, our firstborn grandchild, on an airplane that would whisk her halfway around the world to a strange and exotic country. To us she was still only a baby, and it did not seem that long since we held her in our arms, rocking her to sleep. Although we knew she would return home for Christmas, short visits and the summer holidays are like instants compared to how time drags while she is away.

While attending the school in Hong Kong, she met and made lasting friendships with other students from all around the world. At one point, because she is a first class debater, she and a debating partner were flown to Oslo, Norway, to a big competitive debate. Then, during a two week break from the school, armed with only an address written in Chinese, and a slight knowledge of the language, she amazingly traveled by train, bus and foot to the ancestral home of her father’s stepfather, to meet his relatives and did not get lost. That trip was the ‘straw that broke the camel’s back’, and she became addicted to traveling, seeing the world, and meeting new people.

When she completed her two years at the Li Po Chung College in Hong Kong, we thought ‘now’ she’ll return to Canada and go to universities closer to home. But, she was accepted by Utrecht University in the Netherlands, and so lost her for three years there. While attending Utrecht, she traveled extensively around Europe, quenching her appetite for travel and feeding her fertile mind, again, somehow never getting lost. Afterward, she worked for a year for the United Nations in Nairobi. During summer breaks, she worked for an organization in Afghanistan, and Amnesty International in Ottawa, but always managed to be home for a couple of weeks around Christmas.

From Utrecht, it was only a short step to the University of London for a year, where she earned her Masters in Human Rights and Immigration Law, and then thankfully, it was back to Canada and McGill University in Montreal. She will complete her final semester there next year. Now, after spending nine weeks working for a law firm in New York, our little girl, or should I say, ‘young lady of the world’ and fledgling lawyer, is coming home for three weeks with her boyfriend. It will be three weeks of pure happiness. Then, we will put this woman of the world, and her boyfriend, on an airplane, to send them off to whatever destiny life has in store for them.

But, no matter where she goes, she will always be our ‘Little Girl’.

My Life Through a Broken Windshield by Mel McConaghy

Mel McConaghy is a retired trucker and author from Prince George, British Columbia. Mel’s tales are his views of life “through a broken windshield”. They are entertaining and humorous in a folksy style.
Visit Mel’s website at www.melmcconaghy.com

The vibrant and bustling metropolis of Tokyo is home to … 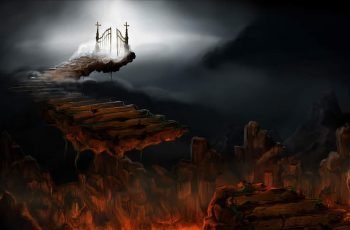