I’ve often wondered why my forefathers didn’t settle in a warmer climate. I am convinced that the only reason I am not living up by the Bering Sea, is because the oxen and horses on the wagon train must have been bogged down in snow, and couldn’t go any farther North.  That is the only reason I can think of, as to why anyone would settle in a climate that had winter for eight months out of the year.  I, like so many of you, am already fed up with the blowing snow and cold icy winds and it’s only November.

Getting around on icy roads proves to be a challenge for me.  This brings me to my most recent happening.  I had an appointment downtown on Saturday, and since the roads were in terrible condition, Hubby volunteered to drive me.  He’s used to driving in these conditions, so he didn’t have any problem.  We made it there, concluded our business, and were on our way out to the car in record time.

It was icy, and we both picked our way carefully across the parking lot, clinging onto each other like a pair of star crossed lovers. We managed to get to the car, and Hubby climbed into the drivers’ seat while I skated my way around the back of the car to the passenger side.

Just as I reached my side of the car, my feet shot out from under me like a steer at calf roping time.  Oh, I knew what was coming alright, but I was helpless to stop the face plant that I was sure would end in a broken nose.  I was going down!  My arms were wind milling around like a hammer thrower at the Scottish Olympics, and I launched my purse on one of the up swings. Watching it sail into the wild blue yonder, I wondered how many points that throw would net me in a game of Hillbilly golf. Before I knew it, I was face to face with the rear axles of the car. Geez, if Hubby started backing up, I was gonna be a grease spot!

Gathering my wits about me, I managed to drag myself out from under, and pulled myself up. I wobbled over to the car door and yanked it open.

“For heaven’s sake I could have been killed! Didn’t you notice I wiped out behind the car? If you’d have backed up, you’d have run right over me!” I fumed.

“How was I supposed to know?  I thought you went into the store across the street or something,” He said.

“Good grief, did you think I just teleported myself over there?”  I said.

I did a slow burn as I strapped on my seat belt.

There was a slight pause before he spoke.

I had forgotten all about that darn purse, and anxiously looked around for it.  There it was hanging on the “NO PARKING SIGN” forty yards away.

“Looks like a fifty point score for you,” Hubby laughed, as he exited the car.

Frankly, between you and me, it should have rated sixty points at the very least. It looked like a ringer to me!  🙂

Caught shoplifting, Harry was taken before a judge accused of … 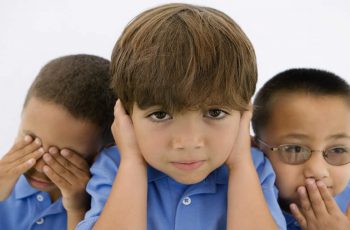 A little boy, 4, came screaming out of the bathroom …