Over the years the Nelson area has been the center of numerous UFO sightings. While these sightings in the West Kootenays have stayed out of the media, there is a lot of talk on the streets on what people have observed overhead.

Several times I have watched a brightly lit craft come out of the northwest heading southeast. On two occasions I’ve seen the same type of craft fly directly from the north to the south. One morning, before dawn, I was in Grand Forks, B.C., a similar brightly lit aircraft flew from the northwest. For a moment it looked as if it was pushed off course by a gust of wind before getting back on its original path. The craft was on its way over Venus but just before it did, it suddenly dropped directly southward then changed its course again and headed southeast underneath Venus.

The above object wasn’t high enough in the sky to be a satellite. I couldn’t make out the body of it as it was too brightly lit to make it out. The brightness of it was slightly less than Venus. A resident of Balfour, half hour east of Nelson, emailed me saying he had seen the same lighted aircraft I had observed on the same flight path. A few of us got talking about this situation. We thought it might be either the American or Canadian military doing test runs of new projects of theirs. Another idea we came up with was that the craft was a drone operated by law enforcement agencies directing it from the ground level via computer. The possibility is that these agencies are on the lookout for marijuana grow-ops or doing general survelliance on local residents. Similar sightings of this craft have occurred 12 miles east of Nelson on the North Shore. All sightings have happened after dark, most of them between 3 and 4 in the morning when most people are fast asleep. Whether it’s been the same craft every time or a different one is a question I can’t answer at this time. 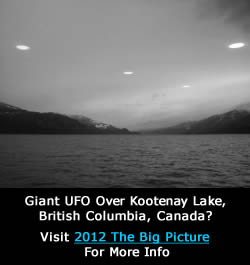 A young woman told me of a circular orange object she saw near the Orange Bridge in Nelson. A former co-worker of mine told me about an aircraft that buzzed around a couple’s house several times around 3 a.m. They were too scared to get out of bed to investigate what was making the noise. The same co-worker relayed that a number of sightings of a slender cigar shaped craft made the rounds between Nelson and the two dams west of here. Most observations of this craft are on foggy mornings around 5 a.m.

A buddy of mine has pictures of 3 fair sized orbs in the sky on his cell phone. The picture was sent to him by a gal pal of his who took the photos on the North Shore between Nelson and Balfour. She was looking south when she saw the three objects. The middle object had a bulge on its top right hand side, while the one on the right had a bulge on its right side.

A woman told me one night she was outside watching Orion the Hunter. She saw a UFO Fly adjacent to Orion’s belt buckle. Once it was in the area of the middle star the UFO abruptly changed direction and flew back in the way it had come. Towards the end of summer 2013 I was camping out in Nelson. As I was setting up camp, an object west of I was, flew north. It was already dark so I couldn’t see how long it was. I saw a flashing red light on the aircraft much like a conventional plane. There was a lit area inside the craft but I was too far away to see what was in it. For the few moments I kept an eye on it there wasn’t any noise coming from it.

Two years ago I was heading home after a dinner out. It was a clear evening in Nelson, the first one in weeks. The moon was in its last quarter phase. On each side of the moon there was a planet. Venus on one side, Jupiter on the other. In amongst them was another steady light. It was much fainter than Mars and Jupiter. Using overhead wires as a reference point I kept an eye on the dim light. It coasted lazily in the sky until fading into the blackness of space. Over Easter 2013 I saw the same type of sighting in Cranbrook. A hour after sunset on Good Friday I saw an object just west of Venus. It was nearly the brightness of Venus and was slowly drifting westward. As it was doing so it got dimmer and dimmer until it disappeared. Then on Easter Monday, 6:15 a.m., I saw almost the exact same thing. In the west I saw a lit object coasting in the sky before it disappeared. 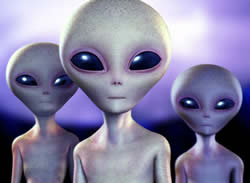 Before assuming UFO’s are alien crews checking us out or some other extraordinary reason a skeptical attitude is essential. An example is an episode of Unsolved Mysteries I watched in 1991.One of the segments featured a women who had taken several pictures taken at night of what she claimed to be UFO’s. These pictures were taken from where she lived in Richmond B.C., a suburb of Vancouver. Nothing was mentioned of flight departures and arrivals out of the Vancouver International Airport flying right over Richmond and the woman’s house.

Another issue involving the West Kootenays is the spraying of chem trails. They have been a common sight over the years in Nelson. I’ve seen heavy spraying for a few days then nothing for several days afterwards. In early fall of 2013 there was a number of chem trails over Nelson. It was claimed to combat pine beetles but there hasn’t been an outbreak of them in the West Kootenays for nearly 3 years. It would be interesting to find out exactly what the effects of chem trails are on the environment and a person’s health.

Ideas From ‘With or Without God’ By Gretta Vosper Part … 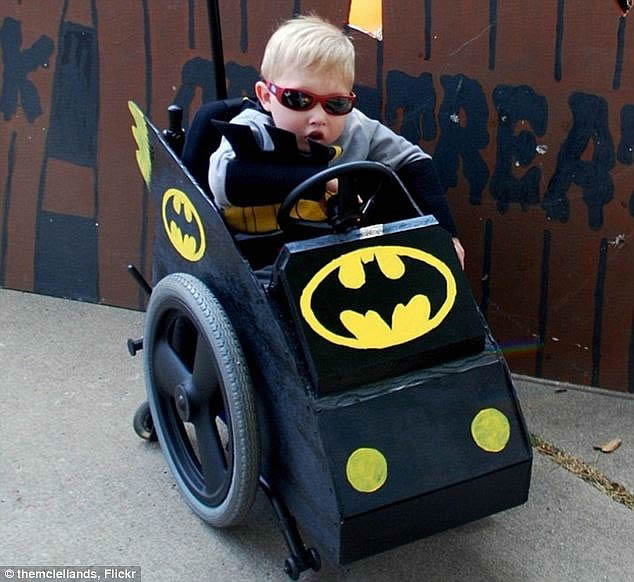 Halloween comes every year, and for mobility challenged children, that …