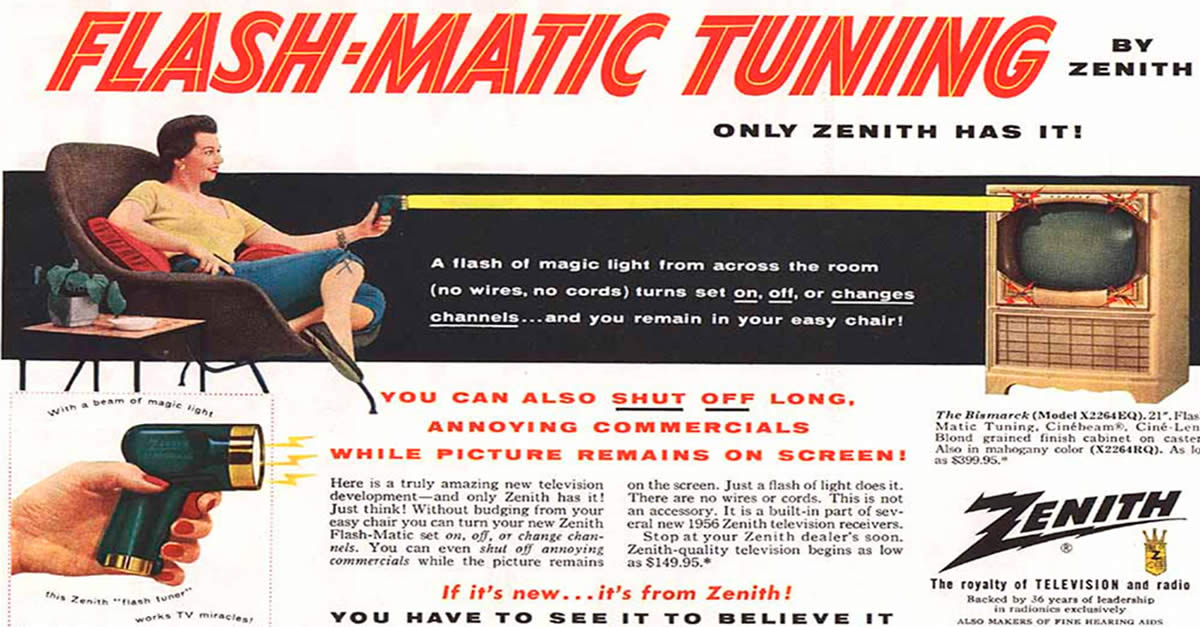 The inventor of the first wireless remote control for television, Eugene J. Polley, quietly passed away of natural causes on May 20th, 2012, in the Advocate Good Samaritan Hospital of Downers Grove, Ilinois, U.S.A.

Eugene Polley began his career with Zenith Radio Corporation in 1935 (now Zenith Electronics LLC, a subsidiary of LG Electronics). Eugene J. Polley was born in Chicago on Nov. 29, 1915. He attended the City Colleges of Chicago and Armour Institute. He was a longtime resident of Lombard, Ill., where he was active in village government, serving as a member of the village’s Zoning Board of Appeals for 34 years.

His forty seven year career as an engineer stretched back to the pioneering days of radio, black-and-white television and color TV. Eugene worked his way up from the stockroom to the parts department, where he produced Zenith’s very first catalog, and then went on to his long career in the engineering department. During World War II, as part of Zenith’s commitment to the war effort, Mr. Polley worked on radar advances for the U.S. Department of Defense. Over the years, Mr. Polley held key technology positions at Zenith, including as Product Engineer, Mechanical Engineer, Head of Video Recording Group, Advanced Mechanical Design Group and Assistant Division Chief for the Mechanical Engineering Group.

His inventions, primarily in the field of television, earned him eighteen U.S. patents. His best known invention, introduced in 1955, was the “Flash-Matic” remote control, the world’s first wireless TV remote control. It used a flashlight-like device to activate photo cells on the television set to change channels.
Mr. Polley also worked on the development of the push-buttons for automobile radios, and he also was part of the development of the ‘video disk’, the predecessor of today’s DVD.

Mr. Polley was the 2009 recipient of the Masaru Ibuka Consumer Electronics Award from the Institute of Electronic and Electrical Engineers. Mr. Polley and fellow Zenith engineer Robert Adler were honored in 1997 with an Emmy Award from the National Academy of Television Arts and Sciences for “Pioneering Development of Wireless Remote Controls for Consumer Television.” From all of us, thank you for your contributions Mr. Polley. The world wishes a warm goodbye to a noble man.