Home
True or False Questions And Answers
True Or False? Retailers Scanned A Barcode In The Art Of A CD
Share
Tweet
Pin

True or False? Retailers scanned the wrong barcode on a CD.

Sony BMG released a 3-CD set, called Electric 80s, in 2005. The compilation of ‘the greatest electric hit of the Eighties’ featured a reproduction of a UPC bar code on the cover art, with the title “ELECTRIC 80s” placed in the space at the bottom of the bar code where the numbers would normally appear. The real bar code was placed in a corner on the back of the packaging, as it is for nearly all items.

Many music retailers reported losses because the machine-readable bar code in the cover art was scannable by their systems, and cashiers mistakenly scanned the CD’s cover (rather than its back). This resulted in clerks collecting $17.46, instead of the set’s list price of $26.76, and it was reported that the cover art bar code caused stores to record sales of singer Jack Johnson’s CD, “In Between Dreams” instead.

One music retailer, the HMV Group, used the issue as a way to brag about how they had no problems, because their clerks were ‘properly trained’. It claimed the incident demonstrated the value of purchasing CDs in speciality music stores, rather than buying them at general retailers. “Someone would have to be pretty stupid not to recognize that,” HMV spokesman Gennaro Castaldo said. “Proper barcodes are always done on the reverse side of the CD.”

He added, “All our staff were aware of the cover artwork, and if fellow retailers and supermarkets did not, it just highlights that they are not really music specialists. We have not had any issues.” Stores pulled the set while a new version, with conventional cover art, was rushed to market.

The answer to whether retailers mistakenly scanned the wrong barcode on a CD is true or false, is that it is true. 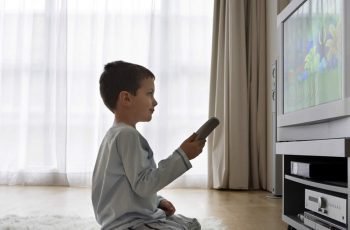 True or False? Is it true or false that sitting …

Is it true or false that Play-Doh was originally invented …