Home
True or False Questions And Answers
True Or False? A Toy Was Used As A Captured American Soldier
Share
Tweet
Pin

The Associated Press reported on February 1, 2005, Iraqi militants claimed in a statement posted on a Jihadist website, they captured an American soldier. The posting, on a site that frequently carries militant posts, included a photograph of what they claimed was captured American soldier, John Adam. The figure was dressed in desert fatigues, and was seated on a concrete floor with hands tied behind his back. He seemed stiff and expressionless. The reason the photo could not be authenticated or confirmed, was because it was fake.

The photo of a toy soldier was shown with the article that displayed this caption: ‘This image, of what appears to be a captured US soldier, was posted on an Iraqi militant website on Tuesday, Feb. 1, 2005. The militants threaten to behead their hostage within seventy two hours, unless the Americans release Iraqi prisoners. The claim could not be verified’.

The SITE Institute website reported by February 2, 2005, that a confession and apology for the hoax was posted by an Iraqi, using the nickname “al-Iraqi4”, on Jihadist message boards. It read, “In the name of God, the Most Merciful and Most Compassionate, American soldier John Adam is a toy. I am a 20-year old Iraqi young man who is unarmed, independent, and does not belong to any party or group. I apologize, for I meant nothing by that. The picture was a scheme that I made up with a $5 toy I bought. Today I’m announcing that this news was made up, and that the picture was of a toy. I cannot provide any information about me because, as mentioned earlier, I am unarmed, and any information about me might jeopardize my life, and the lives of my whole family. My apologies to everyone.”

True Or False? A toy was used as a captured American soldier.
TRUE 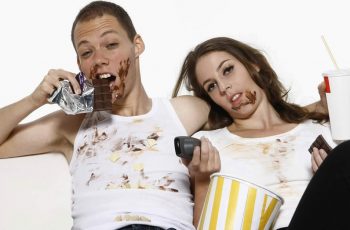 False: Good news for all you chocoholics: Eating chocolate does …

True or false? Did your mother ever threaten that you …