Now, I ain’t one to normally endorse products, or to provide non-derogatory reviews of anything, but through sheer accident I stumbled across a product so darn impressive that I felt compelled to shout about it to the world. And, the time of year just happens to coincide nicely. It is a type of product so mundane, and so non-descript that regardless of maker, it shares a common name. But, among its peers, the one I speak of has no equal. It belongs to a family of products and devices that initiated the days of disposable societies; the marvelous paper plate. 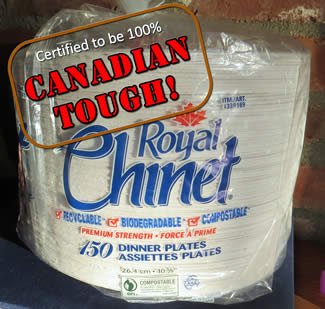 They come in all shapes, sizes, colors and patterns, and most are either as thin as their name implies, or real close cousins to coasters. I have used many throughout my life, and of them all, one is absolute king. In fact, it is the only paper plate in the world to recieve my official designation, “Canadian Tough”. I reckon that almost any paper plate can stand up to a single use, though some don’t, but the mightiest of the mighty, the most heavily muscled of the throw away meal trays, is the incredulous CKF’s Royal Chinet. Not only is it Canadian tough, the company is also 100% Canadian owned and operated in Hansport, Nova Scotia!

What gives this particular brand the right to be stamped Canadian Tough? Well now, I’m so darn glad you asked. It all began March 3rd, 2017 as an aftermath to a customary Friday family dinner. As is our custom, those food scraps remaining afterward that are deemed ‘nopes’ (“Are you going to eat this if I save it?” “Nope.”) are set aside on the first available and convenient surface, to later be placed outside for recycling. On this particular day, said surface was a Royal Chinet paper plate that was recently used for the Friday family dinner, which happened to be spaghetti. Giving no thought to the plate, it and its soggy contents were placed onto the recycling patio, and I went about my business. The next morning, there was a lovely carpet of fresh snow about an inch deep covering the now otherwise empty plate. 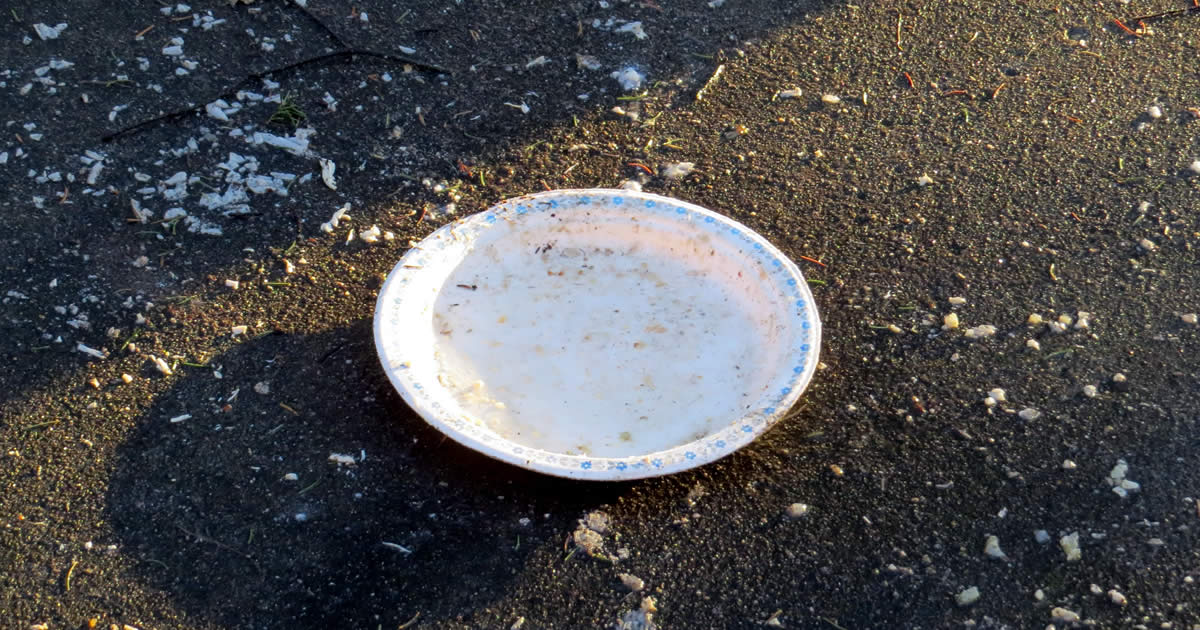 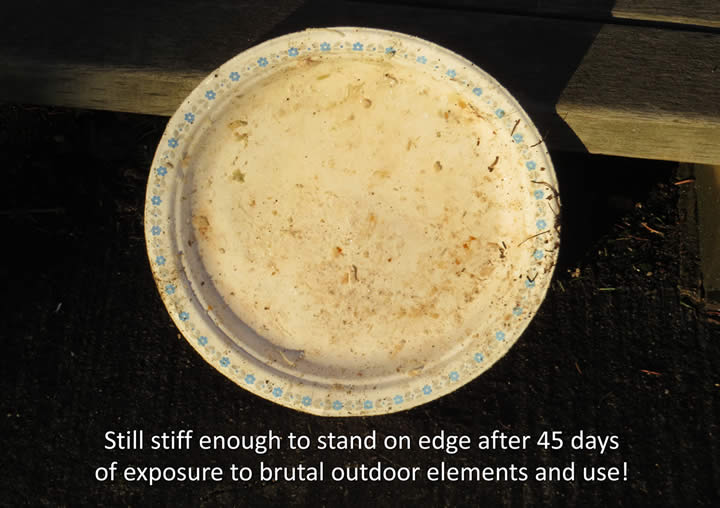 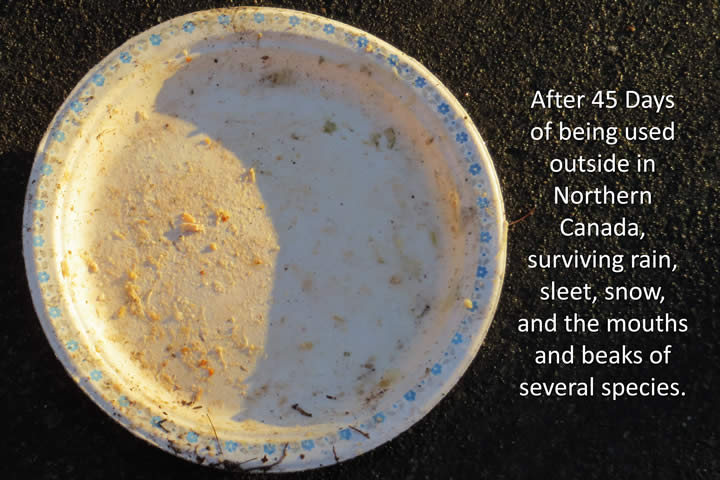 By late afternoon the snow had melted, leaving the plate looking like a well filled standless bird bath. Emptying the water, I was surprised at how very little it had affected the plate after sitting there for hours. I was also impressed because some of the recycling crew (the large black flying ones) had used their hardened recycling appliances to pry every last morsel off, with virtually no damage to the surface. Since then, the plate has been outside every day, through rain, snow, frost, sleet and hail. It has froze, thawed, been soaked, stepped on, pecked, licked, carried away, blown away, and yet it lives on!

Today, after 45 days of being 100% exposed to harsh Canadian weather conditions, enduring extreme recycling methods provided by wildlife of at least three known species (as well as a number of domestic pets), it is so darn tough that it still stands. Literally! Check out the picture of it standing on edge. Wow, what a paper plate! No sir, I ain’t one to normally endorse products, or to provide non-derogatory reviews of anything, but CKF’s Royal Chinet paper plates are so amazing and awesome that they truly deserve accolades. They’re 100% biodegradable, 100% recyclable, 100% compostable, and 100% Canadian made… and 100% Canadian Tough! In fact, the only thing I know that’s tougher, is Crazy Lady, but that there is a whole other story.

Will’s thoughts prove that everybody has opinions, but he has way more than he should. From dogs that won’t stop barking, to the antics of his spouse ‘Crazy Lady’, Will’s Thoughts will make you smile. 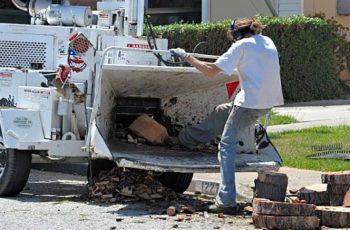