Two patients limp into two British Columbia hospitals, both requiring hip replacements. The first patient gets examined within the hour, x-rayed the same day and has surgery the following week. 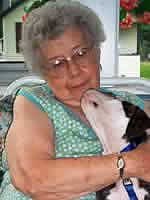 The second waits two weeks to see a family doctor, then eighteen more weeks to see an orthopedist, where x-rays are taken, but aren’t seen for another six months. Finally, surgery is booked for six months in the future, but gets cancelled after five and half months due to unavailable surgeons. After eighteen months, the information becomes too old, so the process needs to be repeated.

Mandatory Flu Shots Health authorities and hospitals across the country …

It’s hard to say if celibacy is making a comeback …