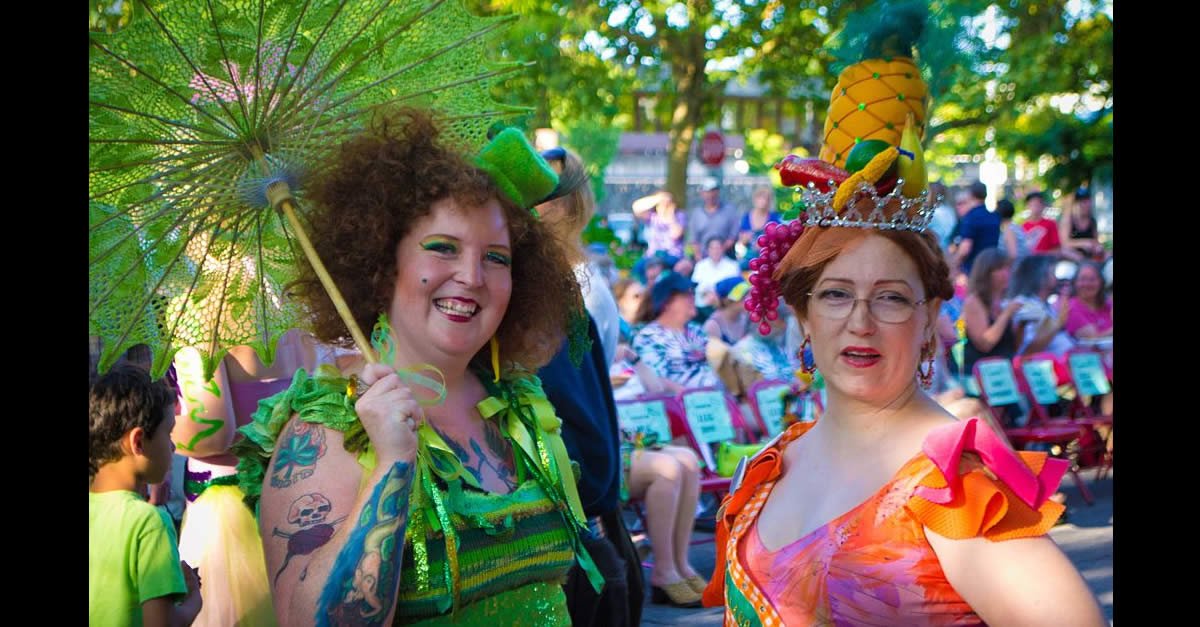 For years, in Eugene, Oregon, the bravest and brashest of beauties don their finest, tune their voices and rachet up their eccentricity… all with the same dream before them: to be crowned Queen. Not just any queen, mind you, but Eugene’s Slug Queen. An honour beyond compare for locals with a heightened sense of humor and fashion.

There are many community duties of a Eugene Slug Queen, the first of which is to master a queenly wave from the Slug Court’s float at the Eugene Celebration Parade. Officially, Slug Queens are selected on the basis of talent, costume and ability to ad lib witty answers to insane questions, but it doesn’t hurt to attempt to secure the title with a good old fashioned bribery. That’s right, the Old Queens (who are the judges) accept bribes. Such persuasion is par for the course – chocolate for the judges being a standard ploy.

Slug Queens are as widely admired for their diligent philanthropic work, as they are for their campy counter culture appeal. Unlike other beauty pageant queens, a SLUG Queen’s status in the community, and among other queens, grows as she ages and gains the rank of “Old Queen”, “Very Old Queen” or the highest rank, “Very, Very Old Queen”, thus allowing them to campaign with clout for their charities long after their yearlong reign. Over the years, queens have played the “Vanna White” role at the HIV Alliance auction; raised funds for everything from Meals on Wheels to the Red Cross to a Tijuana AIDS hospice; lured customers to high school car washes; and visited schools during TV Turn-Off week.

‘SLUG’, acronym for the “Society for the Legitimization of the Ubiquitous Gastropod”

Throughout history UFOs have caught the imagination of many people. …

Life On Other Planets I’ve been interested in astronomy and …