“My wife and I were happy for 20 years. Then we met.” – Rodney Dangerfield

Most people get married at some point in their life, but does it mean that they are happier than singles? Without glossing things over, can it be found whether marriages are of quality rather than quantity?
It raises a question I’ve had for years. How many people get married because of peer pressure, fear of loneliness, financial reasons or ego? One can’t forget, when one marries not only do they get a spouse; they get their spouse’s family and friends in the same deal.

In the last generation or two, remaining single has become more acceptable. At one point in history if a person was past the age of thirty, they were labelled a spinster or gay, when nothing of the sort was true. These days it’s become more acceptable to focus on ones work or career before getting married. Yet I wouldn’t rely too much on what TV, movies or number crunchers tell about this topic. It just isn’t reliable information.

I was told by a Salvation Army officer that she and her husband have refused to marry a couple if they haven’t dealt with issues in their lives that would have destabilized the marriage. Two people I’ve known have been married three or four times respectively. I think something wasn’t being dealt with in both cases. I knew a woman who had pursued a fair amount of guys over a number of years. She wanted to get married so bad that she drove all of them away. Eventually she did get married, but probably ten to fifteen years later than what she expected if she had been more patient. Yet Andrew Cherlin, sociologist, was quoted as saying; “Getting married is a way to show family and friends that you have a successful personal life. It’s like the ultimate merit badge.” I’m no expert on marriage by any means, but there must be other ways to be successful or earn brownie points.

There are advantages to both being single or married. Opportunities for travel, establishing a career is easier to accomplish without the demands of a marriage. If one finds themselves in a healthy relationship, the honest communication between the couple can lead to a deep intimacy. Marriage shouldn’t be about losing personal space, it’s about being open and honest with each other.

Soul mate is a term that sounds too trendy for me. I’ve heard the saying “I knew that was the person I was to marry when I first met them.” An honest appraisal of the situation is needed here, as it could be infatuation and then things could lead to obsession with the other person, or even stalking.

Marriage should involve having a great amount of depth to it. A problem is when perceptions of where the relationship is at. I can’t see it being healthy for a couple to stay in a dead end marriage. Plus how wise is it to stay together when constant arguing or alcohol or drug abuse is involved. Especially if children are involved.

Prior to getting married, it’s a good idea to get to know the other persons characteristics and take a good look at who they they associate with. Looking at things in the cold white light of dawn goes a long way. 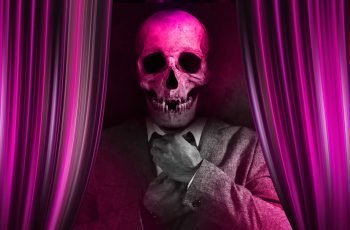 ‘Social engineering uses influences and persuasion to deceive people by …

By Ron Murdock While I find technology has made life …