Celibacy has its good points, as sexual energy can be channeled into other aspects of life. But as noble as celibacy sounds, if we all became celibate the human race would be extinct in a few short years. It isn’t wise to sanitize celibacy or demonize sex, or believe historical figures like Jesus Christ were celibate. How can we know for sure if anyone was, or is celibate, especially with all the revisionist history out there.

A person may want to be celibate for any number of reasons. They may want to get off the sexual merry go round. Some may want to experience a deeper intimacy without the sexual issues, dramas or agendas that come up. Friendships with the other gender can be more relaxed when expectations of sex are set aside. Advantages of celibacy are that one doesn’t have to deal with an unexpected pregnancy, or get infected with a STI. Yet if one isn’t careful, they can enter a barren abstinence that can be numbing. To deny or ignore sexual urges isn’t a healthy thing to do.

Idealistic as it sounds, some celibates have released the desire for a mate to merge with the world as a whole. Celibacy accomplishes nothing if it frustrates the person involved, or if they develop an elitist mentality, thinking they are better than the sexually active person. There shouldn’t be any problems if a person decides to be celibate, it is a decision they must make for themselves. But if an outside source, like the Catholic Church, says its priests or nuns must be lifelong celibates, then that is another matter. It’s a form of control that pushes a person into a lifestyle they may not be ready for.

Some say celibacy isn’t natural, as it’s normal for people to want sex. One person said they were celibate for several years then left it behind when they felt so devastated and depressed that they became suicidal. They went on to write that they felt spiritually darkened, and even after leaving celibacy behind for 20 years, they still felt deeply saddened.

To decided to become celibate takes a lot of soul searching and shouldn’t be taken lightly. Things have to be looked at in the cold white of dawn before embarking on the path they choose. 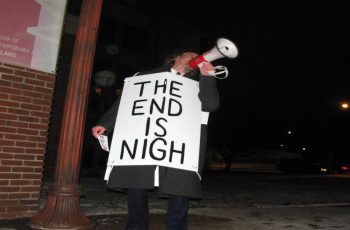