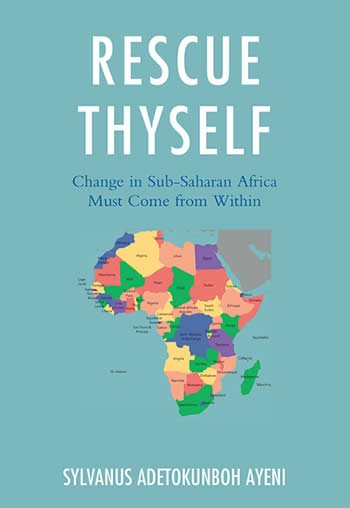 Rescue Thyself – Change in Sub-Saharan Africa Must Come From Within, by Dr. Sylvanus Adetokunboh Ayeni, is a racist piece of literature. By necessity. Rescue Thyself is one of those rare books that slaps the reader in the face with reality, sometimes so ugly it brings tears to eyes. Dr. Ayeni pulls no punches, and lays blame where blame is due. He is not an ‘outsider’ providing socially and culturally illiterate commentary, he is a sub-Saharan African speaking about the world he knows on a firsthand basis. He neither points a finger of blame toward the western world, or extends an open hand begging.

Rescue Thyself takes the reader into the Sub-Saharan African mindset, and reveals a world of extreme opulence and poverty, where greed has replaced need, and corruption has so putrefied politics, instead of governments serving the public, they feed off it. But, Dr. Aneyi does more than criticize, he clearly identifies the complex issues at play, encompasses them in geo-political, cultural and spiritual history, then provides insightful and viable solutions. “Change in Sub-Saharan Africa Must Come From Within” goes to very heart of Dr. Ayeni’s passionate and articulate message in this fabulous bookumentary.

The reader is provided ample contextual background and social contrasts to help understand the quiet desperation being experienced on a scale that is simply stunning. However, his work is not just dry and analytical. I strongly suspect that Sylvanus had a callus on the inside of his cheek after writing this manuscript, formed by his quick wit and subtle sarcasm that slips in delightfully and unexpectedly throughout the book. Still, I found it hard not to grow angry at the international corporations and governments who have economically enslaved millions of Sub-Saharan Africans in their own nations, and chained them to deplorable and horrible conditions in order to make the rich ever richer. 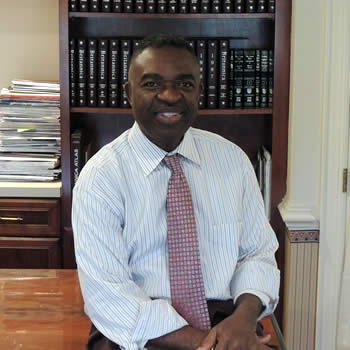 I am truly grateful to Dr. Sylvanus Adetokunboh Ayeni for having the moral integrity, social responsibility, and testicular fortitude to say what has been so desperately needed to be said. And, I respect him tremendously for putting his money where his mouth is, because in conjunction with being a neurosurgeon and author, he is also a founder and president of Pan Africa Children Advocacy Watch (PACAW – www.pacaw.org), a non-profit organization involved in the education of children in Africa.

Dr. Ayeni is actively helping to empower Africans to take control of their own destiny, and his drive to nurture future leaders is nothing short of heroic. Rescue Thyself – Change in Sub-Saharan Africa Must Come From Within, by Dr. Sylvanus Adetokunboh Ayeni, is an excellent book, written by an excellent human being. This book is more than merely a “need to read’, it is political prophesy, a heartfelt cry for help for sub-Saharan lives, and a challenge to sub-Saharan national leaders to grow some moral manhood and start to lead, and cease to feed on those in need.

It is well known that I am a huge fan …

Grease My Hooves, Politics In Canada by Andrew Sibbald “I …