Religious students failed an exam for not helping a beggar.

This story is based upon a real study of religious students that was conducted for a social psychology class at Princeton University during 1970. In order to study the influence that variables can have on compassion, seminary students were asked to take part in a study on religious education and vocations. In the first exam, simple personality questionnaires about types of religiosity were administered. In a second exam, the test subject began by doing experimental procedures in one building, and then were told to report to another building to complete the task.

Not even one of the test subjects offered to help the ‘victim’, in any way. This study makes one wonder, if religious students, who are learning to teach about the compassionate life of Jesus, cannot even be counted on to come to the aid of someone in need, then who will? The students were each later asked to attend a meeting with the professor, who took pleasure in informing them all that they had failed the exam, and why. 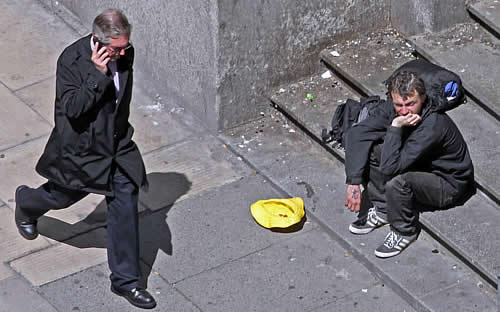 Child labor has never been so cute. These Baby Mop …