Political Correctness Needs To Be Shown The Exit Door – Part 1

I am politically incorrect, that’s true. Political correctness to me is just intellectual terrorism. I find that really scary and I won’t be intimidated into changing my mind. Everyone isn’t going to like you all the time. – Mel Gibson

Political correctness is really restraining the way we do things and stopping us from what we can achieve in life. Honesty and the art of thinking are falling by the wayside as the ability to speak the truth is discouraged. It’s become part of the game not to offend anyone but honesty and compassion are needed to get things out into the open and clear the air. So what we’re getting instead is a heavy dosage of thought and mind control. Political correctness is a way of selling out to get ahead in life or on the job. It’s just another B.S. way of doing things yet people will immerse themselves and wallow in it but never take a good look at what they are getting into or becoming.

With the technology we have today do think of how we could work Orwell’s novel 1984 into every aspect of daily life. Those with the most power will do everything they can to push us into a one size fits all mentality or behavioral patterns. In their way of doing things conformity rules. A way to do this is to eliminate words from our vocabulary or water it down so much so that language essentially becomes meaningless. Plus they capitalize on people’s fear of being different. I don’t have a problem being called a heretic or eccentric as I want my conscience to be clear.

I don’t want to say or write the things I do for the shock value alone. I just want people to see that there are different ways of looking at things.I really don’t need the speech or thought police dictating everything I do, say or think. Yet political correctness is used as a slow process to overtake all aspects of life.

It is to ask why people are so afraid of the various freedoms we’ve had and now take for granted. I imagine it would uncover their dirty little secrets hiding in their closets and undo the indoctrination that people receive in school, politics and religion. Guilt and shame are used big time in these areas to keep the sheeple or lemmings in mental prisons. Most of the work is done by the sheeple or lemmings as they police themselves and each other. Thing is that snitches usually don’t have a long life ahead of them when found out.

It’s no use giving up or get depressed over the situation. Only those who can’t handle the truth have something to lose. You don’t have to be afraid, just face what the truth is. Speaking truth clears the conscience, lies contaminate it.

Which would you have? 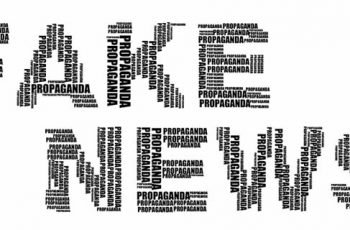 Why don’t network TV shows have a warning that says; …