I know that there are a lot of people just like me, who look forward to having their photos taken about as much as having a colonoscopy, or a root canal.

Pictures of me never turn out, so I sidestep being in the group snapshots by using the, “I’ll take the picture”, avoidance technique. Consequently, most of our family pictures are lacking my mug shots, and I’m sure people wonder if the kids were raised by a single parent. The occasional time I have managed to be captured on film, I appear as if I should be on America’s Most Wanted, or on the “Missing” poster at the post office.

This is a photo of me looking like I am trying to store nuts for the winter.

I believe that year was a cold one.

No matter how much time I spend getting ready, I always end up looking like I have been on an all night bender, and that Tammy Faye Baker is my cosmetologist. I cringe when I hear someone remark, “That’s a good picture of you!” If that’s the best photo I can get, then I had better roll up the welcome mat and get outta Dodge!

There’s always that one person who feels compelled to preserve your awkwardness for all posterity. You know the one I mean… the camera bug who clicks away just when your mouth is full of food, or takes a great shot of your worst angle. They always like to make sure that they get the Kodak moment when you are at your absolute worst. Each time a flash hits me in the face, I blink, and naturally the photos make me look like I’m some kind of dweeb.

Since I have white hair, I never fail to look like just a face floating in mid air. My hair usually blends into the background and all that’s left is a pair of eyeballs, and a face with an idiotic look plastered on it. We all know people who think they are the family paparazzi. Sometimes it looks like camera wars, with photos of people taking each others photo.

Occasionally, Hubby decides to, or is asked to, take a photo of me for some reason. He definitely is not a photog, and is clueless when it comes to anything remotely associated with a camera. He never takes into account the background, so consequently I have numerous pics of me with another head growing out of my shoulder, a banana growing out of my ear, or other strange phenomena that cannot be explained, attached to me in some very weird places. Not to mention the fact that he always cuts off the top of my head.

Taking candid pictures of the grandkids is nearly impossible. They always notice me at the last moment, and either cross their eyes, or stick out their tongue, or show their “bunny rabbit” fingers. I have more photos of parts of them running out of the frame, kids that look like the village idiots, and backsides that are showing off for the camera, than I can count. 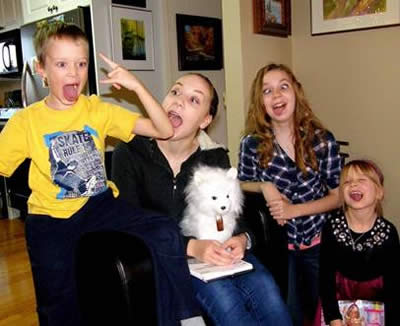 This is a picture of the grandkids being goofy. Actually, this is how they look most of the time when they have too much sugar. The dog is stuffed.

My Costco card picture is another story. At least I don’t look as bad on my card, as Christopher, my son, looks on his. His photo has some kind of ink splotch on his head that makes him a dead ringer for former Soviet President Mikhail Gorbachev. 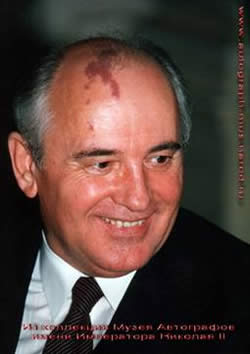 This is Gorbachev…. not my son Chris

Then there are the photos of famous people who just look plain silly due to some inept photographer. Like these snapshots of the Queen. Maybe he could have moved a tad to the left before taking this first photo; at least she wouldn’t have microphones for eyeballs, and look like Roger Rabbit. I feel her pain. I love the queen, and pictures like these should be against the law in England. 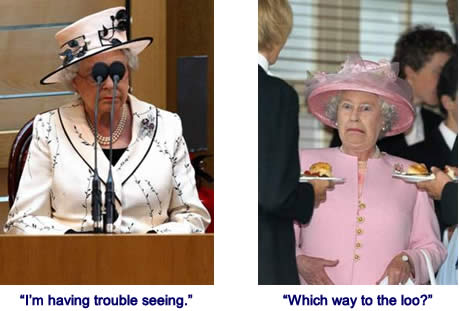 There’s always the big kidder when photographs are being taken. This guy was actually the first prankster even before the camera was invented. (always one in every crowd isn’t there?) This portrait must have been a killer to paint, and pose for. Anything for a laugh. 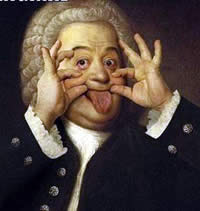 Some people like to put captions on the pictures in their photo albums. You know like “Here’s Grandma with the new baby”, or “Us at the lake, Summer’67.” But then again, some people take these captions just a little too far as illustrated below. 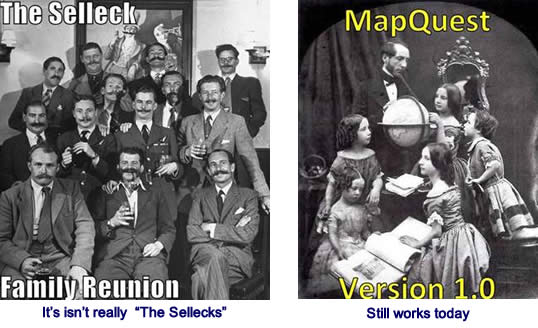 There are those in the office who love to take snapshots, but fail to really look at their subjects. Like the photo below. 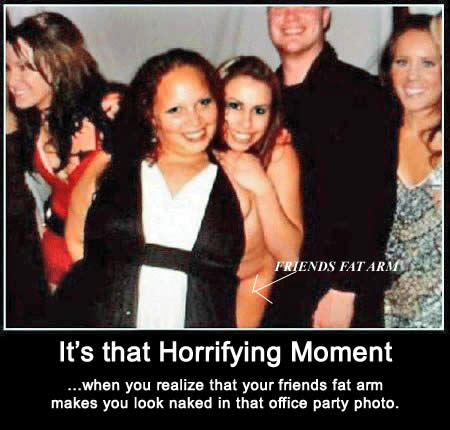 Sure would hate to be this gal.

Scrapbooking is quite the deal now, and the saying “don’t put words in my mouth” is no longer viable. Little balloon bubbles can be pasted into ma’s favorite album and we can make the family say anything we want. 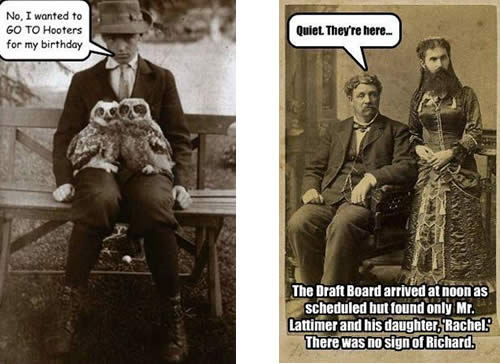 All kinds of fancy do-dads are available now to bling up the album pages … party balloons colored fonts, you name it. Somehow, this really doesn’t help the situation sometimes. 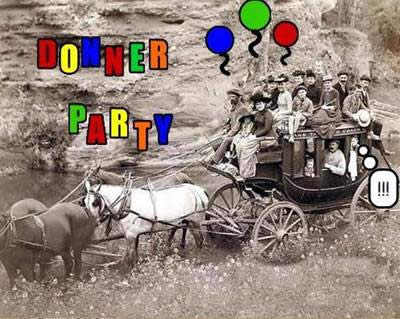 Photography has come a long way in the last ten years or so. We can no longer believe what we see. However, we still take lousy photos. Maybe everyone will think those photos of me are all photo shopped to make me look silly too. Ten years from now I’ll wish I looked as good as I do now. Guess I’ll just have to deal with it and learn how to photo shop myself. (sigh) ! Take lots of real life shots, and stick ’em in the old family album. Those albums are fading away fast so get as many photographs of family and friends as you can. They may come in handy in the “Golden Years”.

There must be other people that live in our house …