Most TV shows have a five minute viewing limit with me. I turn off the set and do something else, or switch to another show. I’d rather do something that provides information or intelligent thought. Fortunately I don’t do anything weird enough to be considered “starring” in a reality show. With that I take a deep breath and feel grateful.

There are a couple of notable reality shows I’d like to mention. One is Panic Button where contestants are in a darkened room with yucky things that they are very afraid of. It sounds as if they are preparing the way for a Room 101 reality type of show. Room 101 is from George Orwell’s book 1984 where thought criminals were tightly strapped to a chair and faced their worst fear. Hoarders: Buried Alive is a show that I would like to sick on a guy I used to know in Vancouver. He had stacks of newspapers in his apartment that was years old. He said he might need them one day. Also he never cleaned his residence. Then he wondered way he had mice running around his place. I wondered if hordes of cockroaches made their way to where he lived. They would have felt at home with all the newspapers and food scraps.

Shows like Canadian Pickers, American Pickers and Storage Wars are interesting and involve some form of risk. Will the jackpot be hit or will it be worthless junk? I find paranormal reality shows of some interest to me as this field has been a major hobby of mine for years. But there have been two things I’ve noticed here. One is that the paranormal is treated as a joke or the show falls short in capturing what the field team is after. I find this disappointing as it makes every attempt by the field team a futile effort that proves nothing.

These are show that reveal what people deal with every day. This being getting enough food to last the winter, aggressive wildlife and ice that may not be thick enough to support a person or their machine or their dog sled. I’d like to see “Survivor” contestants try these situation on for size and see what happens.

Notes Of A Tourist On Planet Earth sounds like a … 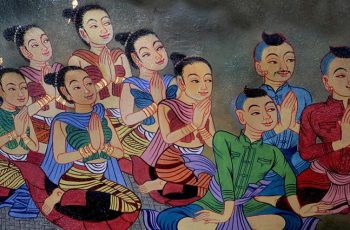