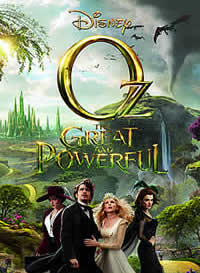 The modern version of “The Wizard of Oz” (1939) movie, “Oz the Great and Powerful”, had audiences everywhere waiting with childlike anticipation to be razzled and dazzled by cinematic wizardry. Like a talent contestant singing a beloved piece by a master, attempting to ride the coattails of “The Wizard of Oz,” produced by MGM and now owned by Warner Bros, was a huge risk, which in my opinion was successful. Was it flawless? No. But, the real measure of any film is, was it entertaining? And the answer to that is, yes, it certainly was. 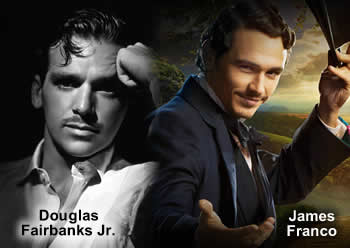 The scoundrelous lead character, Oscar “Oz” Diggs, played by James Franco, confounded critics. Instead of playing the expected dominant male superhero role, Franco wove confusion, false confidence, deep emotional pain and an inherent desire to do good, into a bumbling, wanna-be con man who was trapped working the carny circuit. Critics missed the deliberate fragility of the character; the compulsive lying, false bravado and consistent ‘easy way out’ choices, all hallmarks of a person who was abused as a child. What is even more amazing, is that few caught James Franco’s uncanny (and deliberate?) resemblance to the late, great Douglas Fairbanks Junior. 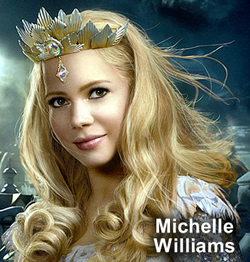 Veteran actress, the stunningly beautiful Michelle Williams, played a more ‘modern’ Glinda, the Good Witch of the north. Her talent and professional skills managed to preserve enough sweetness and light in her performance to awaken fairy fantasies in children, and stir long forgotten emotions in adults hearts. However, due to director Sam Raimi’s interpretation of the story, Glinda’s sarcasm and demeaning attitude toward Oz dramatically detracted from her beauty, and was not a good fit for the film. 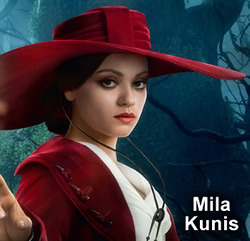 Emerging superstar Mila Kunis, played Theodora, the Wicked Witch of the West, and was saddled with the theatrical transformation of her character from purity to putridity. Kunis demonstrated a depth and intensity reminiscent of Johnny Depp, with eyes like bottomless wells filled with secrets, and beauty that takes one’s breath away. Unfortunately, continuity reared its ugly head when Raimi went dough-head by using Snow White’s apple to cause Theodora’s transition from an innocent and loving girl, to an unmedicated psychopath with serious epidermal issues. The lazy, plagiaristic decision triggered a shift from believable to nonsense within seconds, exemplified by her sudden green complexion, nails capable of carving granite, cackling laughter and a blinged broom. 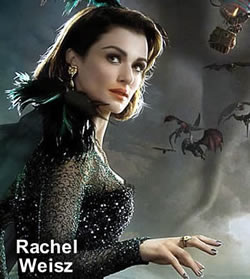 Zach Braff played a very believable Frank, Oscar’s underappreciated and abused right-hand man in the Kansas scenes. He also provided the voiceover for Finley, Oz’s flying hominoid sidekick. It’s my opinion that Zack pulled the short stick when he got stuck with Finley’s character, which ended up coming across like Billy Crystal playing a physically inferior flying furball.

Oz’s other sidekick is China Doll, a pretty, pint-sized porcelain companion whose voice is supplied by an extremely talented young lady, sixteen year old Joey Lynn King, who also played the frail wheelchair bound girl begging for help to walk at the beginning of the film.

The film went south at the point when the movie transformed from the remake of a children’s classic, to little more than a gloriously revamped old kung fu movie featuring physically ridiculous computer generated action, accompanied by fatal wounds that aren’t, electronically enhanced concussive grunts, screams, thuds, bumps, explosions, smashes and crashes, all wrapped in a plot twist that’s straight out of ‘The Power Rangers’.

Was ‘Oz, The Great And Powerful’ a cinematic masterpiece? Heck no. But it delivered where it counted, by being entertaining. And, like the first of the Lord of the Rings trilogy, it was all part of a growth curve that demonstrated what did, and did not work. That allows the crew to do an even better job with sequels, which are sure to come. The film tied to the original land of Oz just enough to garner familiarity, and laid the foundation for a whole series of stories about a fabulous, fantastical world, fabricated by fertile imaginations and digitally displayed in ways so spectacular that it would have made L. Frank Baum proud.

Selling human organs may very well become a reality in …