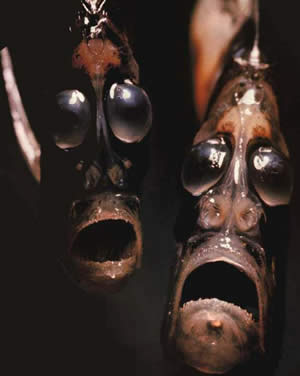 Gerhard Pohle, acting executive director of the Huntsman Marine Science Centre in St. Andrews, New Brunswick, and experts working on an international database of marine species, say that a vast world exists beneath the surface of the ocean, and it still remains largely unknown to humankind. “There are an amazing amount of things, especially in the ocean, that we don’t know in terms of biodiversity,” says Pohle, who spent a decade taking part in an international Census of Marine Life, a decade-long project than concluded in 2010. Pohle said. “It’s staggering to think that, as recently as 2011, we did not know how many species there are in the world by order of magnitude. The estimates were from 3 to 100 million species globally. That was it.”

Canada has more coastline than any other nation on Earth, with over 200,000 kilometers of coastline, and territorial waters that cover more than seven million square kilometers in three different oceans. The study states that there is an estimated one million species that make their home deep in the ocean, and as many as two-thirds of them are still a mystery. A world register of marine species has cataloged 226,000 of them so far. As many as 72,000 more specimens have been collected, and are waiting to be described.

Ward Appeltans, one of the authors, and project manager of the Ocean Biogeographic Information System (OBIS) of UNESCO’s Intergovernmental Oceanographic Commission, said, “Knowing what lives in the ocean is fundamental to appreciate, care and protect it. Having a single catalog of all known marine species, is like an index in a library. We can all use the same species names, avoid confusion over names and make less mistakes. It is good that there is increased interest in biodiversity. We are now not only looking at the stars, but also what lives on our planet. We can no longer neglect how much we depend on the ecosystem services, and how each species contributes to the functioning of our biosphere.”

Cairo is a purebred Belgian Malinois, a shepherd breed that …

Personal Spy Planes Now families that fly together, can spy …