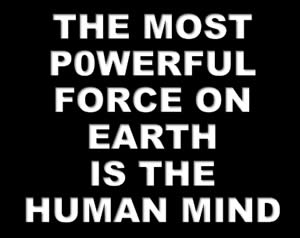 This story begins with was once one of the worst rated schools in the entire United States, a school so bad, that nothing helped. Four out of ten students dropped out, making it one of the lowest performing high schools in the nation. Nothing seemed to help, not replacing staff, focusing on specific subjects, not flashy educational technology, leaving them at a total loss as to why. Grasping at straws, some even tried to blame it on the low income, primarily multi-racial student body, but no one identified the problem.

That is, until the school principal, Deirdre DeAngelis, and the amazing staff of New Dorp school in New York, formed a ‘think tank’, which resulted in an very successful change to their teaching strategy. It all began with a detailed investigation into why so many of New Dorp’s students were failing. By 2008, she and her faculty had come to one answer. Horrible writing skills. They discovered that the students’ inability to translate thoughts into coherent, well written and well argued sentences, paragraphs and essays, severely impeded their intellectual growth. When trying to identify the largest differences between failing, and successful students, it was found that only the latter was able to express their thoughts well on paper. Administration decided that, beginning in the fall of 2009, New Dorp students would learn to write well, if nothing else. Their Writing Revolution, which placed an intense focus on teaching skills needed for good analytic writing, was a huge change in the teaching strategy of the high school.

The new writing program challenged long-held stereotypical beliefs about the students, and bitterly divided the staff. It also yielded extraordinary results. By the time they were sophomores, those students who had begun receiving the writing instruction as freshmen, were already scoring higher on exams than any previous New Dorp class. Pass rates for the English Regents, for example, bounced from 67% in June 2009, to 89% in 2011. The global-­history exam, pass rates rose from 64 to 75%. The school reduced its classes that helped struggling students meet a graduation requirement, from five classes of 35 students, to two classes of 20 students. The number of kids enrolling in a program that allows them to take college-level classes, shot up from 148 students in 2006, to a whopping 412 students in 2011.

The student body of the school has remained the same, ­roughly 40% are poor, 33% are Hispanic, and 12% are black. But, a far greater proportion of students who enter New Dorp as freshmen today, will leave wearing a cap and gown. In the spring of 2013, the graduation rate is expected to hit 80%, an absolutely staggering improvement over the 63% figure that prevailed before the writing revolution began. New Dorp, once the black sheep of learning, is now being held up nationally, and internationally, as a tremendously successful school model.

A Beijing woman’s breast implant popped like a birthday balloon …