The way people forage for food in garbage containers a new chain of grocery stores could open up. You could call them Dumpster Super Markets.

There is a huge difference between learning and re-education. Learning is being naturally curious about things around you and how they work. Re-education is just another brainwashing technique used on people.

Another reason people get married is that they have been programmed at an early age to do so. Combined with the peer pressure factor how many people have settled for a half assed marriage or relationship to get family and friends off their back… I find it incredible the tug of war between the sexually active and those promoting celibacy as the only way to go. I’ve been caught between both groups a few times in my life, it’s not comfortable being pulled in two different directions at the same time… I wonder how many people who are dead set against adultery have been caught in the act, scared of being found out or had a spouse cheat on them.

There are times to push your thoughts out of your mind and think of no thing… If you think it is easy to stop thinking they try it for a minute. Not so easy is it?… With the lack of sleep making the rounds could the walking dead be more like the shuffling tired?

Before Canadians become too smug or better than Americans, they better realize we’re not much better than them. What happens in the USA will, and does, happen in Canada to a smaller degree.

I’d like to know how much reality shows like COPS are scripted. I can’t see film crews being taken into a situation that could be life threatening or potentially dangerous… Then next time I hear about another period of enlightenment or global awakening, I wonder if it will actually catch on or will it be just another refreshing situation for a short period of time.

If you say negative stuff to yourself, turn it around to ask if you would want someone to speak to you that way…If the world is coming to an end in some fashion then why the rush to gain more wealth and not leave the rat race behind? Others use the end times as an excuse to not do their share to help make things better thinking there is little if any time left.

It must be amazing how much magical thinking is out there. It must be another mind virus that has people thinking they can achieve what they want in life without making the effort to get it… With so many of us living in illusion one would think magicians are the one really in charge… The best way to lose weight and keep the pounds off is to eat and drink less plus move more often. It works,results are guaranteed.

I don’t know how all these religions claim to be close to God or led by the Holy Spirit when they are always at odds with each other… A real outlaw is living their life on their terms even when outside pressures are mounting… When someone tells me the price is right doesn’t necessarily tell me they are getting something of value.

I wonder how many of the protesters who say Trump isn’t their president actually went out and voted?… Wouldn’t it be something if we were living in a super enhanced computer program or perhaps we’re just zoo exhibits for an alien race to observe. 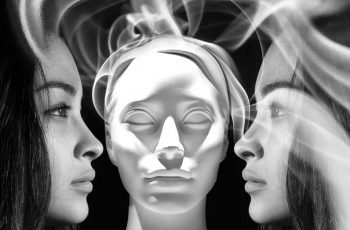 And have no fellowship with the unfruitful works of darkness …