On June 21, 2007, a Ford Escape blew one of its tires, and then swerved onto the sidewalk, striking a city fire hydrant. The impact of the crash, and the hydrant’s water pressure, launched the hydrant onto a deadly trajectory, sending it speeding through the air like a “bullet”, stated Alameda County deputy sheriff, Phil Abrams.

The flying 200-pound fire hydrant fatally struck 24 year old Humberto Hernandez in the head, as he walked along the sidewalk with his wife in Oakland, California. But, this was far from the first fatality ever caused by objects inadvertently launched by vehicles. For decades, drivers and passengers have walked with the Grim Reaper, because of items falling and flying off vehicles.

On December 28, 2006, somehow a trailer hitch ball fell from a truck, bounced off the roadway, then sailed through the windshield of the vehicle that was following it. It then struck the vehicle’s passenger, thirty two year old Sean O’Shea, of Encinitas, California in the head, ending his life before coming to rest in the rear of the vehicle.

A similar incident occurred on March 30, 1995, in Santa Clara, California. While a passenger in a friend’s car, 37-year-old Joanne Bergeson was struck by a car’s jack, that had either been dropped, or was kicked up by a truck traveling in front of Bergeson’s vehicle. Sadly, she died in the hospital just a few hours later from the severe head injuries that she had incurred.

True or False? A man was killed by a flying 200-pound fire hydrant.
TRUE

True or False? There was a contest to see who … 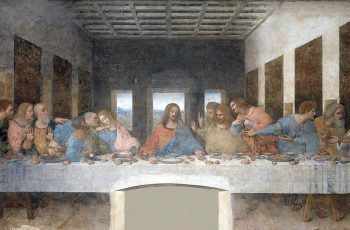 Is it true or false that Leonardo da Vinci used …