Will’s Thoughts on Houdini The Mouse

Houdini The Mouse Versus The Mouse Traps was written on Friday March 9th, so after you read it, check out the video at the bottom of this post for the conclusion of ‘Houdini’s War’!

What started as a scratching noise in our ceiling, has now escalated to a full scale rodent war. Now, don’t get me wrong, I tried to avoid confrontation, but Maid Medoit wasn’t about to let the sinister spectra of unseen critters, scurrying through our walls and ceiling, upset her equanimity (a $10.00 word for peace of mind). At first we thought that maybe Peck (our resident squirrel) had revived his efforts to reclaim our attic, but careful examination of the house’s exterior ruled that out. It was at this point it was ‘decided’ that to solve the problem, ‘we’ would need to gather up night vision video equipment and go through an incredibly involved process to reveal the cause of said scratching noise, and to observe our military offensive in action.

She, whom the world does indeed revolve around, had me install a wireless night vision camera in the attic, and then set up a virtual mine field of mouse traps for the lens to observe.

Then of course, the 42 inch LCD television from the bedroom had to be brought into the living room and placed beside the 50 inch plasma, so Her Excellency could keep one eye on the warfare as it unfolded, and the other on her favorite soap opera. Camera installed, traps baited and set, the mad trapper of Pearson Avenue began her long wait. After several hours of no action, it was only natural to start doubting herself.

But, just minutes later, the cry of “Mouse” rang through the house, and with ‘baited’ breath (and squeaky female squeals of squeamishness), we watched the first fur bearing crumb muncher meet its demise. She then realized that her sister’s suggestion that we had huge rats swarming inside our walls was complete hooey, as we could clearly see our enemy, and it was tiny. Now that we knew all systems were go, and we had taken one out already, the wait intensified. How many more of them were there? If there were more, would the rest come as a swarm, or, one at a time? Would they continue to come despite the deceased body of one their own? It did not take long to find out. Soon another one appeared, and before long, joined its friend in the afterlife.

A few hours later yet another one arrived. But it inspected the bodies of its two kin, then scurried off, not to be seen again that night. The next day, the traps were cleaned and re-set, the camera adjusted, and the wait began again. It was not long before we spotted a member of the Mouseketeers doing rodent recon. We then watched as the little “Houdini” skillfully empty three traps, without tripping one (pics and video on our blog). We could not believe our eyes! It munched on, tugged, pulled, climbed over, sat on, and ran across all three traps, but not one went off. It was incredible, and a challenge to my manhood. Oh, that mouse was ‘going down’ now! The traps were re-baited, and once again, Houdini skillfully stripped every one of them without setting them off. Again, and again, Houdini the daredevil somehow evaded death. That tiny fur ball was a master thief, but he was up against a ‘terminator colossus’. So, how long could, and would, little Houdini’s luck last? Catch the conclusion of ‘Houdini’s War’, in the video at the bottom of this post! 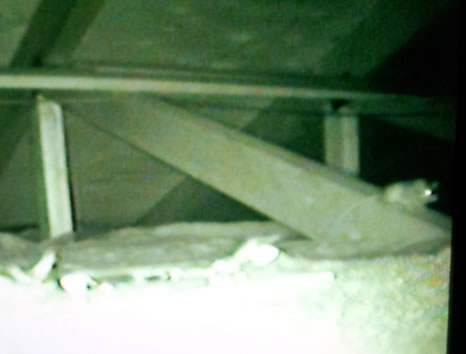 This is the first advance scout running down a truss. Due to the camera angle you can barely make out the traps on the bottom left. 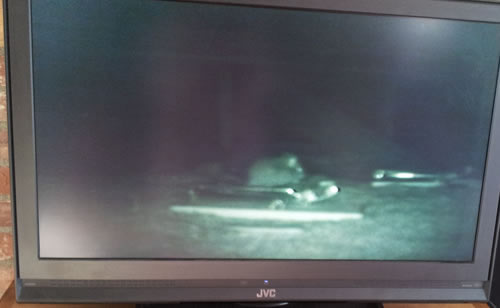 The camera angle has been adjusted, and soon it documented the advanced mouse scout having a little snack, which ironically, would become its last meal. 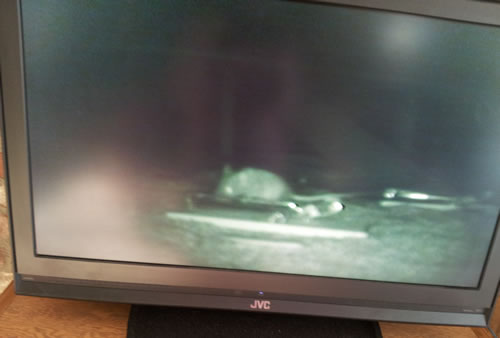 A second scout mouse arrives to assist the first. While he didn’t provide very much help to the first mouse, he is keeping him great company in the afterlife. 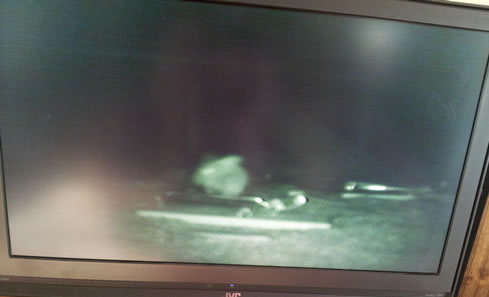 Houdini, a highly skilled special ops Queen’s mouseketeer, now arrives. After doing serious recon for possible dangers, he slips in, and with the skill of a surgeon, empties each trap without setting them off. 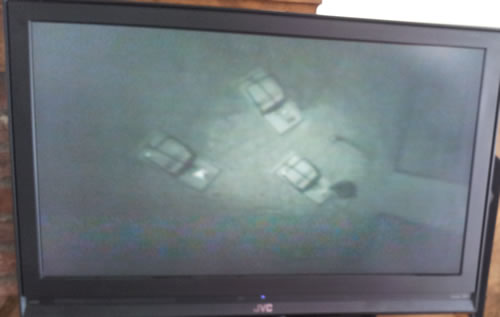 I’ve now moved the camera to a position above the mouse traps. Once the mouse traps were cleaned, re-baited and reloaded, Houdini was back. Here, he enjoys a mouse trap that is baited with peanut butter, his favorite. 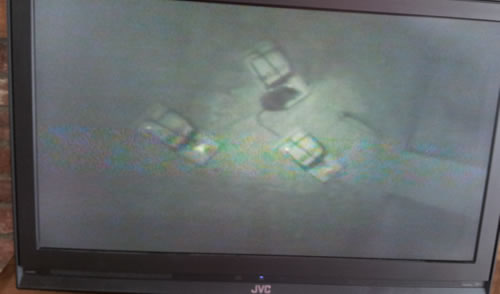 Again, he empties it with no problem.Houdini feasting on cheese on a mouse trap Houdini moves on to the swiss and cheddar bar, after all, a mouse has to eat a balanced diet. This trap also failed to go off, despite him becoming very aggressive. 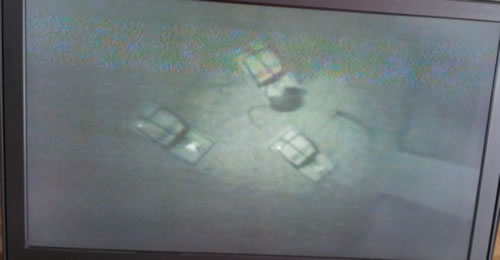 Here you can see Houdini just a reefing on the second trap, though it fails to do its job. Apparently he was still a nibble or two short for enough to make himself a grilled cheese crumbwich. 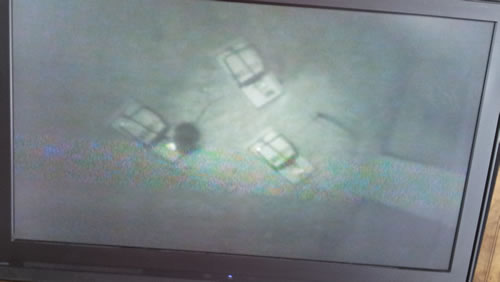 Will’s Thoughts About Speaking English I have almost quit speaking …

Will’s Thoughts on growing older. I reckon I thought that …