There is a disturbing trend happening across the world. Governments are shutting down and dismantling their UFO programs. Citing a lack of activity or success, programs and organizations are closing up shop due to a number of factors. Funding is always a huge issue, so as the world plunged into a financial crisis, non-essential services and programs were the first to get the axe. Other programs stated their closures were due to declining interest, any evidence of new UFO activity, or simple disinterest. Regardless of the reason, the trend is particularly troublesome. As more and more eyes (and ears) leave the skies, and public interest in UFOs declines, the reality is that our risk from unseen danger increases exponentially.

A few UFO programs that no longer operate are; 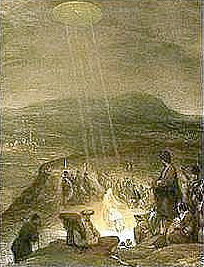 Project Blue Book, British Flying Saucer Bureau, Northern UFO Network, Northern Anomalies Research Organisation, and recently, the High Frequency Active Auroral Research Program (HAARP), a sprawling 35-acre ionospheric research facility in remote Gakona, Alaska. It has been shuttered since early May (2013). “Currently the site is abandoned,” HAARP’s program manager, Dr James Keeney, at Kirtland Air Force Base in New Mexico said. “It comes down to money. We don’t have any.” Keeney said that no one is on site, access roads are blocked, buildings are chained and the power is turned off. HAARP’s website through the University of Alaska no longer is available. Keeney said the program can’t afford to pay for the service. “Everything is in secure mode,” he said, adding that it will stay that way.

The chairman of the Association for the Scientific Study of Anomalous Phenomena (ASSAP), Dave Wood, said that a meeting had been called for his organization to address the crisis in the subject and to determine if UFOs are a thing of the past. “It is certainly a possibility that in ten years time it will be a dead 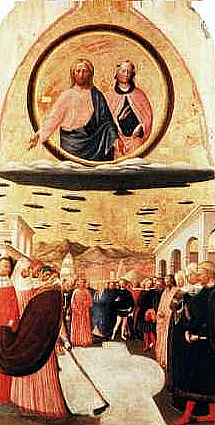 Entitled “The Miracle of the Snow”, this painting from 1388-1440, by Masolino Da Panicale

subject. We look at these things on the balance of probabilities, and this area of study has been ongoing for many decades. The lack of compelling evidence, beyond the purely anecdotal, suggests that on the balance of probabilities nothing is out there. I think that any UFO researcher would tell you that 98% of sightings that happen are very easily explainable. One of the conclusions to draw from that is that perhaps there isn’t anything there. The days of compelling eyewitness sightings seem to be over.” Wood said that far from leading to an increase in UFO sightings and research, the rising popularity of the internet seems to coincide with a decline. ASSAP’s UFO cases have dropped by 96% since 1988, while the number of other groups involved in UFO research has fallen from well over 100 in the 1990s, to around 30 today.

But, not everyone is sure that there is an actual decline in UFO activity, with many believing that alien activity has just become more clandestine, or, that it’s part of an established cyclical monitoring routine. This faction thinks it is possible that there are historical cycles of UFO activity, and that we have simply entered into a ‘normal’ period of inactivity. While modern sightings of UFOs appear to be declining, history is certainly filled with their presence. From ancient oral traditions, to artistic depictions of aliens that are thousands of years old, and countless religious references, UFOs have always been, and always will be, a part of human history. However, it does seem odd that UFO activity seems to have decreased in direct relation to the incredible improvements in human communication and presence in space, but, perhaps true significance of what is taking place is outside of our realm of understanding.

The ultimate jaw-numbing wall-crawling sugar rush is here, an Edible …

The Voynich Manuscript For centuries the world’s greatest scholars have …