This story was told to me by a good friend of mine, and I have no reason to suppose that it’s not true.

My pal, Mick, stays in Enfield, London. His wife started to have the same dream, night after night. In her dream, she was walking through a part of a town that she’d never been in before. Just before she woke up, she always ended up at the same shop, an old shoe shop she was completely unfamiliar with.

A few days later, Mick’s wife, and some of her friends, decided to have a girly day out. They took a bus to a shopping centre that they usually didn’t go to, and after having lunch and wandering about shopping, she somehow got separated from her friends. As this was before mobile phones existed, she had no way to contact her group. She tried to retrace her steps, and found herself walking down an unfamiliar street. The block long building, on the side of the street she was on, had scaffolding running along its full length. About halfway along, Mick’s wife looked across to the other side of the street, and was shocked and surprised to see the old shoe shop from her recurring dream.

Not only that, standing in the doorway of the shoe shop was her aunt, who had passed away the year before. Her aunt was waving to her, beckoning for her to come over. As she walked across the street and into the doorway, her aunt vanished. Just as she stepped into the safety of the doorway, the entire length of the scaffolding on the other side of the street, where she had been standing, seconds before, collapsed. Mick’s wife would have surely died if she’d stayed on that side of the street, and her body would have buried beneath the pile of twisted metal and wooden planks. She managed to re-connect with her friends and went home, her mind in a turmoil. Her dreams about the old shoe shop stopped after that, and she never saw her aunt again. What adds a little twist to the end of the tale is, the day out with her friends was a spur of the moment thing. Their destination was chosen at random.

So, maybe we all have a guardian angel, but only for one occasion.

Colin James Black is a 62 year old truck driver (and has been for over 40 years), and author from Bellshill, Bonnie Scotland. 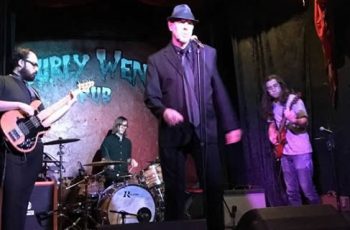 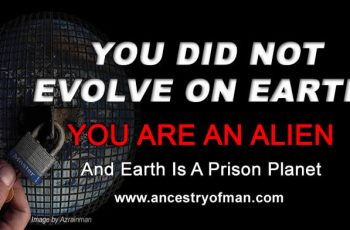 Ancestry of Man explores the Lewis Theory of Human Exile …