There is only truth to be found, no shame, no illusion, no hypocrisy. Just a truth for peace, where all beings are governed by a set of perfect laws that have never changed and never will. – Eustace Conway

I wouldn’t call Eustace a professional environmentalist as he doesn’t seem concerned with official policy. 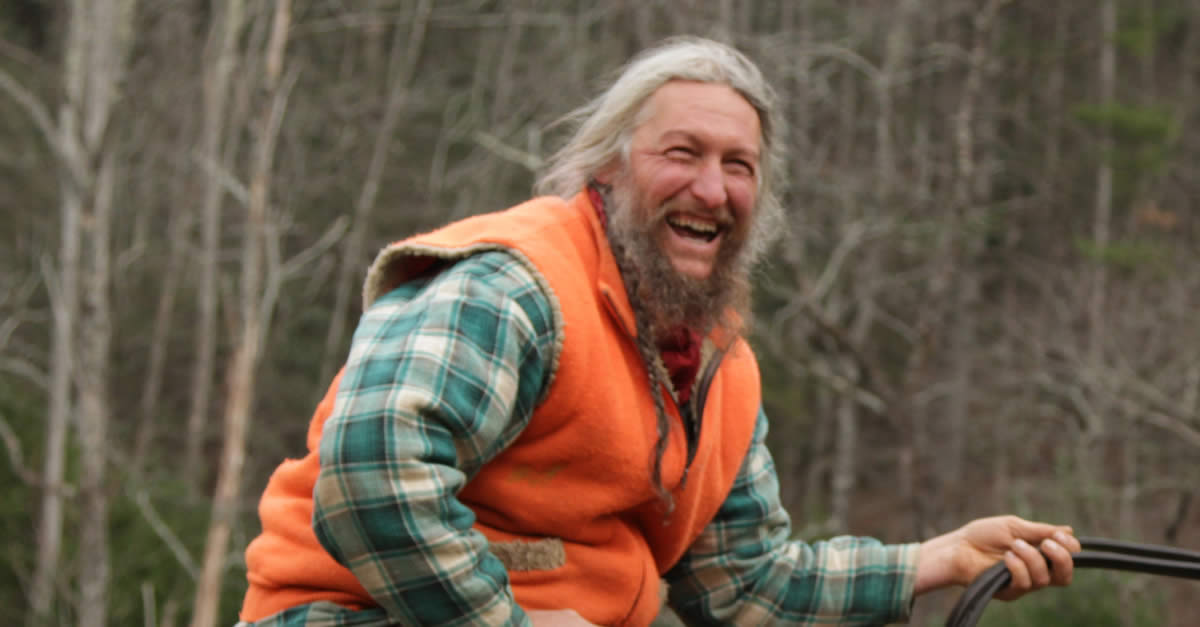 He wants to bring people to the wilderness to let them find out what it is really like. Nothing beats first hand knowledge or direct experience to give sight to the blind. Only then will they see that everything is connected.

I admire Eustace for not wanting to live inside a building. Most are dead places that insulates people from real life. Others have absorbed a lot of negative energy over the years. Most accommodations are just boxes or rectangles of some size. In the morning too many of us are wakened up by the clanging of an alarm clock, which is no more than an interruption of the natural cycle of sleep.

Throughout the day people eat food out of a box or fast food – both do a number on the digestive system. Then they go to work and return home in a box with wheels, stuck in traffic with other mobile boxes. Then they gobble down a big heavy meal before sitting in front of a TV box or a computer box. Not much of a life if you ask me. What has happened to reading a book or honest communication with others?

No one wins the rat race so there isn’t a point in trying. It’s like chasing the wind or grasping at soap bubbles, nothing will be accomplished. Controlling others is a useless endeavour; people should be able to figure out things for themselves.

I respect how Eustace has little patience with those who back off from the promises they make. It is a form of lying and who can trust a liar? In the New Testament Jesus chased the money lenders from the temple. Jesus was ruthless and took no guff when it was called for. I noticed that Jesus kept his public prayers short; his private prayers were far more in depth.

Living Off The Land

Eustace Conway isn’t running away from anything, he likes being alone. He wants to challenge any assumptions that ‘modern’ people have. Eustace wants to show them what living off the land is really like; it adds depth to their being. To me, it beats the nine to five routine and provides quality solitude to gain new perspectives.

One thing not worth complaining about is the weather.All the seasons have equal value. The rain, snow and sunshine has a purpose and benefits the planet. Like Eustace said; ‘There is no such thing as a bad day in nature. You can’t stand in judgement of nature like that because it always does what she needs to do.’

One could say that utopia was here prior to the European arriving. Once here they saw what nature had to offer, it became just another commodity to make a buck from. Most utopias are doomed to failure due to finances, lack of vision, poor leadership, ego conflicts and so on. Eustace lets people know he is in charge at Turtle Island. He runs it with a firm hand yet works just as hard as anyone else there.