I have recently returned to this wonderful north country after spending many years living and working in Germany. I was born here and the north will always have a special place in my heart.
The following story/account is a result of my experiences.

I have been homesick all of my life.

What constitutes that pain in my heart, my stomach, my whole being? How do I describe that feeling that has haunted me from my first reflective moments onwards right until today?

Growing up in a German immigrant family in the 50’s and 60’s in a very lonely rural community in northern BC we hung on to old German traditions. Our lullabies were German, our fairy tales were German, our Christmas songs were German, our language we spoke at home was German. I was the first one of the children to be born here in Canada and I felt very Canadian compared to my older siblings who were immigrants like my parents. But I also felt incomplete, as if a part of me was missing. I couldn’t ever imagine marrying someone who spoke no German, who didn’t celebrate the German Christmas Eve, who wasn’t German. I was homesick for a home I never knew, for a country I had never seen, for relatives I had never met.

When I was 18 I went over to Germany meaning to stay only a year to get my German fluent and to get to know our relatives. I ended up getting married and in the end I lived in Germany for 36 years. Four wonderful children and a fulfilling and varied career filled those years as well as two broken marriages and a serious battle with cancer.

And I was homesick. All those years I was homesick. I yearned for my family, I longed for my mountains, I missed the smell of the Pacific, I couldn’t get used to city life, I couldn’t replace the friends that I had left behind, I never did adapt to the foreign way of life even though it wasn’t really foreign.

I returned to Canada, leaving my grown children and very good friends in Germany. I returned to the lonely rural area where I was born, into the wilderness, beneath the snowy mountains. I returned to battle my homesickness that I would carry with me for the rest of my life.

My situation always reminds me of our aunt who lived with us when we were children. She hadn’t really meant to immigrate to Canada. She had only meant to assist my mother with the difficult task of immigrating in the early 50’s on an old overbooked ship with four small children. She had meant to return to Germany. She didn’t. She became Canadian along with my parents. She returned to Germany as often as she could, usually every two years for a summer holiday, but she always returned to Canada. She was perpetually homesick for Germany when she was in Canada, she missed the relatives and she missed the cultural opportunities that she didn’t have “in the bush”. But she was immediately homesick for Canada when she was with the relatives in Germany.

Immigrants often battle homesickness but as a child and a teenager I wasn’t an immigrant myself. I “inherited” the feeling from my family and integrated it into my own life. It became a central feeling in my life, the motivation behind many decisions.

In the meantime I have accepted the fact that I will never “heal” my homesickness, it has become a part of me. I will yearn and long and pine and want, no matter where I am. I am glad I am Canadian and live in Canada but my German roots will stay an integral part of me. 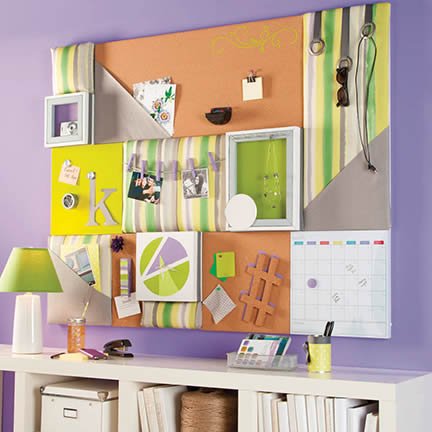 (Family Features) A desk or workspace is one of the …

Do you have an old wagon wheel around, but don’t …