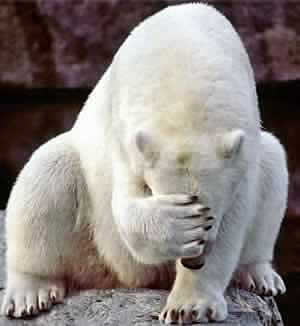 Is the human trait of bed wetting common in the animal kingdom? Do dogs or cats pee while asleep? What about animals as diverse as squirrels, lemurs, and bears, who all hibernate for stretches of time during the year? Do hibernating animals wake up and go relieve themselves? Do birds and reptiles do the dirty while slumbering?

Well, despite our desire to find things we have in common with Earth’s feathered, leathered and furred environmental companions, it appears that urinating, or expelling feces while sleeping, is not common in the critter kingdom. So, the answer is no. In fact, humans are one of the few species that releases body fluids and/or excrement when it sleeps. 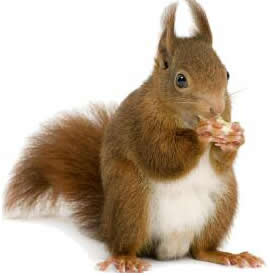 Yes, both cats and dogs have been known to have ‘accidents’ while sleeping, but it’s almost always because of an underlying medical condition, and it is certainly far from common. However, there have been many known cases of very clever pets, whose floor or furniture blemishes ‘seem’ to be an accident, which therefore answers the age old question, “Is my pet smarter that I am?” with a resounding, “Yes.”

But, what about the critters who find waking inconvenient for months at a time? All hibernating mammals have periods of arousal during their slumber, which can be weekly or monthly, depending on the species. During these periods, the animals will stretch, move around, re-position, and if needed, urinate or defecate. Because hibernating animals eat and drink less during periods of sleep, they expel less waste.

Some hibernators, including most rodents, may nibble at stored food, while others store all their energy internally in the form of fat. Because metabolizing stores of fat does produce waste, even hibernators that don’t eat or drink anything at all, will occasionally get up to defecate and urinate tiny amounts during hibernation.

Now, hibernating bears, on the other hand, are a whole different story! Hibernating bears can go all winter without going to the bathroom. While bears don’t sleep as deeply, or lower their body temperature as many degrees as most other hibernating mammals, there are few animals that can ‘hold it’ like bears. Many bears pass more than half of every year in hibernation, without eating, or drinking any water.

Hibernating bears do move about occasionally, but it’s to stretch and get more comfortable. Hibernating mothers suckle their young without leaving their den for a drink, obtaining water by metabolizing fat reserves, which does produce waste. But here comes the really cool part about bears, instead of urinating and defecating, hibernating bears recycle their waste. No, not the way that you are thinking.

The urea waste (pee, number one, etc.), which can be poisonous at high levels, is broken down to build proteins, and is used to maintain muscle and organ tissues during the long sleep. So, while a bear may lose weight during the winter, it may actually become more muscular. The specific process(es) that bears use to convert the urea into muscle, is still ‘somewhat mysterious’ to researchers. To prevent a fecal leak (poop, number two, etc.), the bears form a pooh ‘plug’. It may sound awfully uncomfortable to us, but it works well for them. 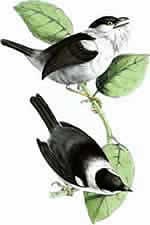 There are some reptiles that enter a ‘hibernation-like’ state, called ‘brumation’, in which they also slow their metabolism and lower body temperatures. But, reptiles don’t have periods of arousal like mammals do, with some frogs and turtle hatchlings passing the winter frozen solid, before leaping and crawling about in the spring. Here is a bit of trivia for you. Both reptiles and birds have something yucky in common. Their urine and feces are mixed together into semi-solid waste, and it only comes out of a single departure point.

And, speaking of our feathered friends, let’s discuss their sleeping waste disposal habits. While there are larger species of birds that hold it all night, because of their higher metabolism, smaller birds will wake a time or two and relieve themselves, but none are known to drop the bomb while still asleep. So, that brings us full circle, and back to us.

Experts predict that if hibernation is accomplished by humans, as is being researched for long-distance space travel, it is very likely that without artificial filtration, our toxin levels would rise to fatal levels. So, we’ll still have to get up to use the restroom once in a while. Ha! Just our luck! We’ll have the technology to journey out among the stars, but will still have to get up to ‘go’ during the night.

When a two letter word has a hundred completely different …