It appears being busy speeding through life has become a cult in the last few years. Yet, people don’t question themselves on what they’re involved with or why they do the things they do. Stuff like being put on hold over the phone for an undetermined time period. Or stuck in traffic for three hours to drive what normally takes an hour, like in the Lower Mainland of British Columbia. Slowing down doesn’t mean eliminating everything in your life, but cutting back on the non-essentials to do what we do with more gusto.

Instead of quietly complaining about being in a long lineup, do a silent meditation or observe what is happening around you. It’ll make the waiting time seem shorter. Or, try to pick a time when business is slower. Honore warned about ‘The One Minute Bedtime Story’ in his book called In Praise Of Slowness. Rushing things like bedtime stories is a bad idea as children grow up so fast, and wondering where the time went is a waste of energy. Quality inter-action is better than a hurried relationship. Slowing down involves listening – not just hearing,  and observing – not just seeing. Sometimes doing things doesn’t mean moving like a herd of turtles, but using time wisely.

Honore wrote that the economy should serve people, not the other way around. Also, he wrote that over stressed people ‘suffer from insomnia, migraine headaches, hyper-tension among other medical conditions’. From his book I learned that Japan has a word – karoshi – that means ‘death by overwork’. Kamei Shuji was a broker in Japan who regularly put in 90 hour work weeks. His super human stamina was praised, but at age of 26 Shuji died of a heart attack. I wonder what he is thinking about now, where ever he is. Honore wrote that Japan’s death toll from over work is in the thousands. To me it seems an incredible waste of time.

Busyness has taken a toll on how we connect with each other. Texting, email and iPads are replacing face to face communications to a large degree. I’d like to know how many marriages have ended in divorce as a result of busyness. Even school aged children lack the time to enjoy growing up or deciding on what to do with the rest of their life. Multi-tasking is a bane of the modern world. What does a person get out of doing two or more things at one time? Thinking must be on the wayside, as people are scared of their own thoughts or being alone to enjoy solitude.

Slowing down doesn’t make a person a Luddite afraid of technology. One needs to strike a balance between the old and the new. I’d rather spend some extra bucks on a product made by hand, not by a machine. Glitz and glamour no longer appeal to me as I move into a slower pace of life. At my age I could not care less of what others think or expect of me.

The path in adopting a slower lifestyle starts in the mind. For the majority of us it requires a 180 degree turn in doing it, involving the hows and whys of what we are thinking. Meditation is a good way of slowing down. You don’t have to feel guilty, as sitting can be as productive as being active. An attraction is that even agnostics and atheists can meditate as belief in a ‘god’ isn’t required. Stimulus like TV, radio, CD’s, DVD’s, books and the internet need to be set aside to develop a meditation practice. There are time that life can be cut down to the basics such as washing, eating, walking and sleeping. Imagine doing just these for a number of days in a row.

A good number of us rush through the day, yet don’t really remember what we did. There is a real need to not let work or chores take over your life, no matter how beneficial they are. There is a time and place for everything. If you can afford to work a four day work week, it will provide more balance in your life. I don’t do a lot of reading on any given subject, as I avoid information overload on one subject. I’d rather do the practical aspects of finding the best ways of using the free time I have. I want to learn things of substance, not meaningless stupid stuff. During unstructured time the mind is relaxed, thus more open to new ideas.

Slowing down is a chance to improve the quality of your life. It’s your choice on whether to get busy living or get busy dying.

In Praise of Slow By Carl Honore is about how the world is stuck in fast-forward, and how more and more people everywhere are slowing down. In other words, it’s about the rise of the ‘Slow Movement’. In Praise of Slow is published in 30 languages and has been a bestseller in many countries. In October 2009, it was the inaugural selection for the new Huffington Post book club. 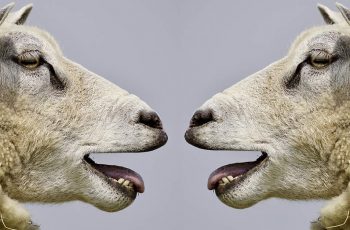 The Politically Correct I’m beginning to think that the politically …