The book Fahrenheit 451 had its graphic moments. Fun parks were built so people could bully others. Not exactly the best way to build up community or release anger. Police would put adhesive tape on a book criminal’s mouth to shut it before hauling them off in a beetle car. Firemen didn’t want to hurt anyone, just hurt things. One woman had set herself on fire so she could burn with her books.

Imagine if classic literature was cut down to fifteen minute radio shows then cut again to two minute book columns then to one minute page digests before being eliminated all together. Then they could have the school year shortened, non-existent discipline along with any quality content no longer being taught. Any reading material becomes rubbish or very dry along with more cartoons, picture books, ‘true’ confessions, mass exploitation and graphic sex magazines. This is what stops reading starting from the public up not from the government down. With this in mind there is not much to look forward to.

In Fahrenheit 451, books became a swear word, something to be taken away from the general public. Firemen no longer put out fires but started them to put books up in flames. Anything that made people unhappy was eliminated by fire so there was no need to deal with unpleasant memories. Just take a dead body, incinerate it to the point so that it never existed. Clarisse McLellan was put to death as she was considered anti-social plus she wanted to know about the whys of things being done not just with the hows.

In the world of Fahrenheit 451 it people were ‘busy’ with playing contests, buying lotto tickets along with having their heads filled with useless information. This was all in the name of diverting their attention away from the truth. Funny but effective just how false flags are used this way along with most news stories. Sound likes today’s world to a large degree. Magic acts have become a growth industry.

From Fahrenheit 451 it was written that the most dangerous enemy of truth and freedom is the solid unmoving cattle mentality of the majority. Oh the tyranny of the majority when imposing its will on the minority. When dealing with the unquestioning stupidity of the herd it takes a lot of preservance to stick to ones convictions.

When firemen showed up to do their work, nearby residents came to watch the ‘entertainment’. People flocked in droves, with smiles and laughter, to see the carnival set up and the circus proceed. It’s amazing to see the crowd gang up on any individual until one of the crowd is singled out themselves. It’s frightening when a group of any size develops a holier than thou attitude. Even an individual can’t delude themselves into thinking they’re better than others. Being alone does give a person the chance to think and not be overwhelmed by the group.

Things got tense towards the end of the book. Montag was on the lam after burning his boss. A Mechanical Hound and two firemen were chasing him. After touching base with Faber, an ally, Montag made it to the river just ahead of the Mechanical Hound and thousands of pairs of eyes from the local Neighbourhood Watch.

Once Montag was out of the river and on the other side of it he found an abandoned railway. Eventually Montag was taken in by five men.They were outcasts form the city that Montag had just left. Each man had memorized a portion of a book.

The city that Montag escaped was bombed to rubble. It was probably a planned disaster that no one saw coming. Despite advanced warnings, how many saw its impending arrival?

In the afterword of Fahrenheit 451 it was said it was a crime to read books but not to own one. There is some double think involved here along with incredible temptation to read any of the books on the shelf. 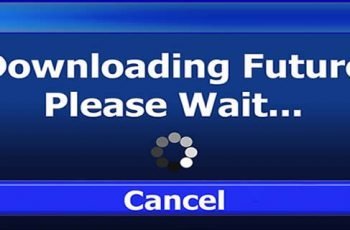