Cleaning Your Dryer Lint System Is A Must 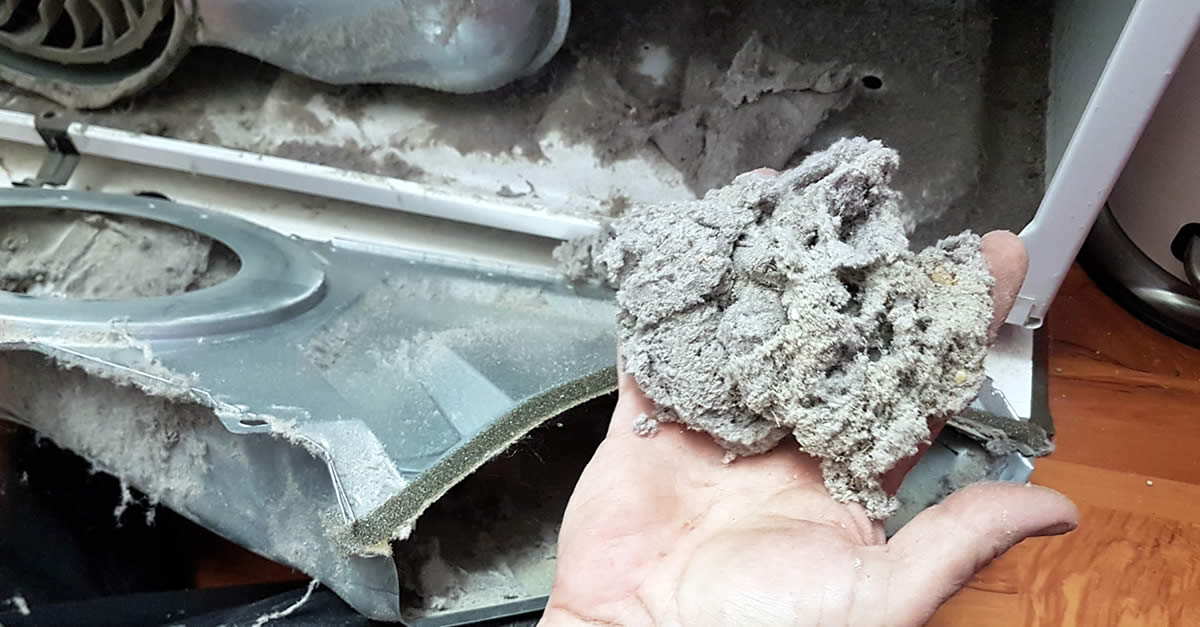 Whether electric or gas, dryers can be a serious fire hazard if not properly maintained. They create the perfect combination of elements that are needed to ignite a blaze: lint, heat, and hot dry wind. So, keeping your dryer in good working order is essential to both lowering electricity bills, and keeping firepersons out of your house.
According to the US National Fire Prevention Agency, dryer fires are responsible for nine deaths, 420 civilian injuries, and $222 million in property damage annually. Failure to clean dryer lint systems is the leading cause of these fires, with the majority of dryer fires occurring in the fall and winter months, peaking in January.

Some prevention measures suggested are:

Also, clothes stained with gas, cooking oil, cleaning agents, or other flammable chemicals or substances need special care. The Consumer Product Safety Commission recommends washing such stained clothing more than once to minimize volatile chemicals, then hanging to dry, or use the dryer’s lowest heat setting and a drying cycle that concludes with a cool-down period.

In the event that a fire does start, keep the dryer door closed to limit its oxygen supply – a fire needs oxygen to keep burning.

As part of general household maintenance every two or three years (some say every year) it’s a very good idea to clean out the lint filter system. This isn’t just the filter, but the whole system from the fan to filter. Most dryer models have made it a very simple process, but it does require the use of tools. So, if you’re not mechanically inclined, leave it to a professional. We found out how to access and clean our system on YouTube just by searching how to clean the lint system of our make and model.

We have to admit that we bought our dryer about a decade ago, and have never cleaned the lint filtering system out until now. The following pictures will reveal just how dangerous the situation had become. Just one little spark and we would have had a huge problem on our hands. 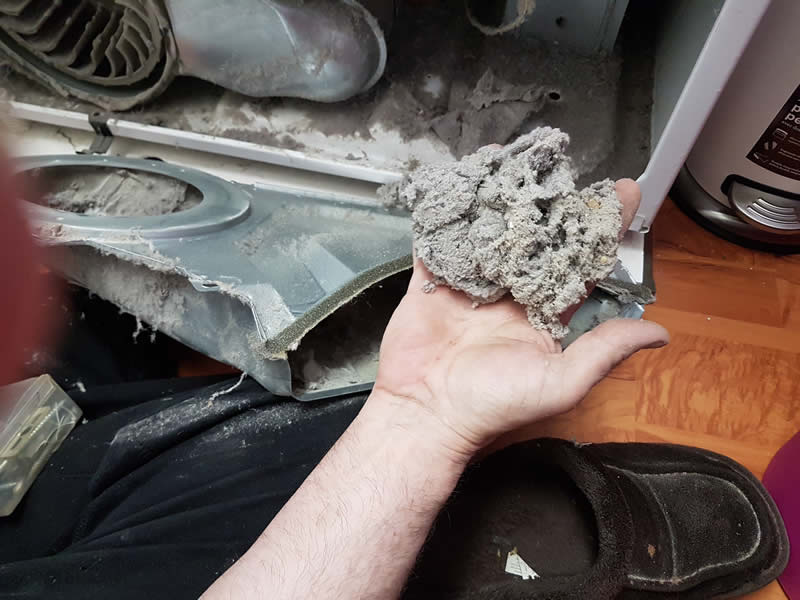 To clean our dryer lint system, all I had to do was remove the lint filter (very important) and then pop off the bottom panel on the front (I used a flathead screwdriver to help). Once open, we saw a really scary build up of lint. I then just had to remove three small screw-nuts on the fan cover and viola, we were in!

As you can see, the amount of lint that had formed in the system was epic, in a bad kind of way. Each blade of the fan had a layer built up on it that required the assistance of said screwdriver and a shop vacuum to remove. The inside of the cover had to be wiped clean as well. I then used the vacuum’s wand extension pieces to reach way inside to make sure I got all the dust bunnies. 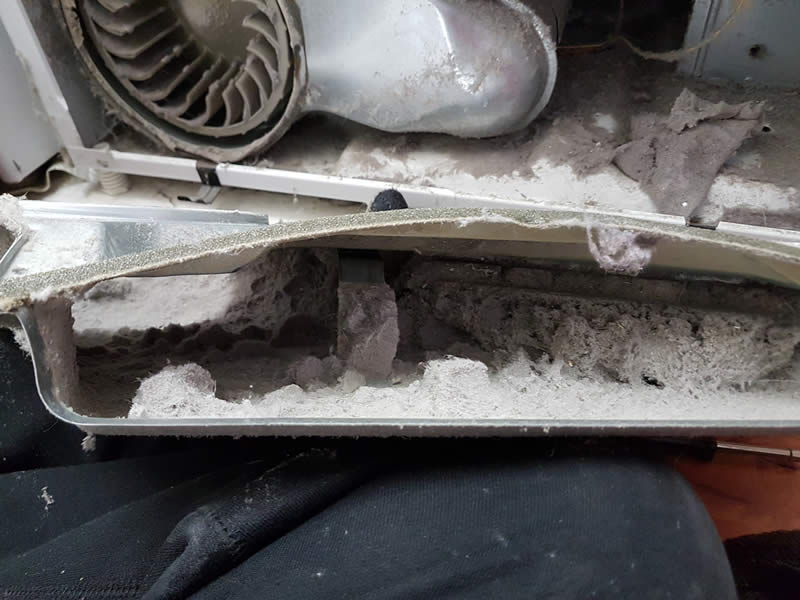 Once I thought I was done, I called Crazy Lady to come and inspect my work. Taking a very brief glimpse, she replied, “Just a minute..” then vanished, only to return a moment later holding a toothbrush. Thinking of several creative forms of personal care she could do with it, I growled and set about the task of making sure all was done to her unrealistic standards.

All in all it took us about an hour from start to finish, and I have to admit, it was really kind of cool. But then I love taking things apart and such. And it’s probably a good thing I enjoyed it, because I’m pretty darn sure that it’s now going to take itself an honored place on the infamous ‘to do’ list.

Yep, just an hour of easy work saved us from personal nightmare, so please check your dryer’s lint system, and always keep it clean. It’s way easier than you think, and gives you one heck of a lot of peace of mind. 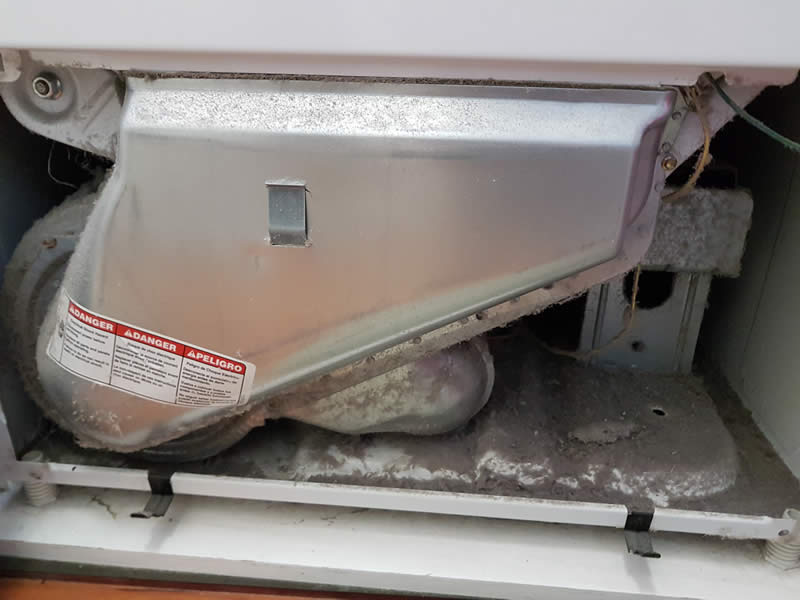 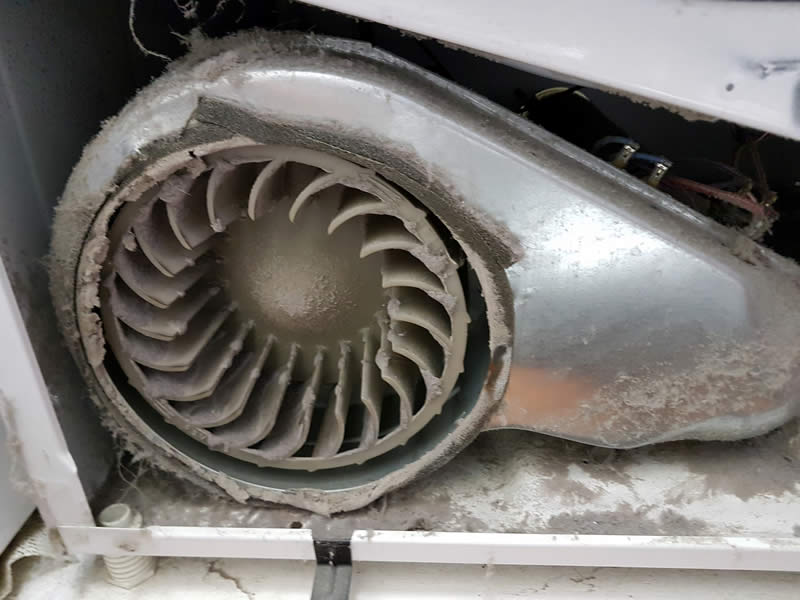 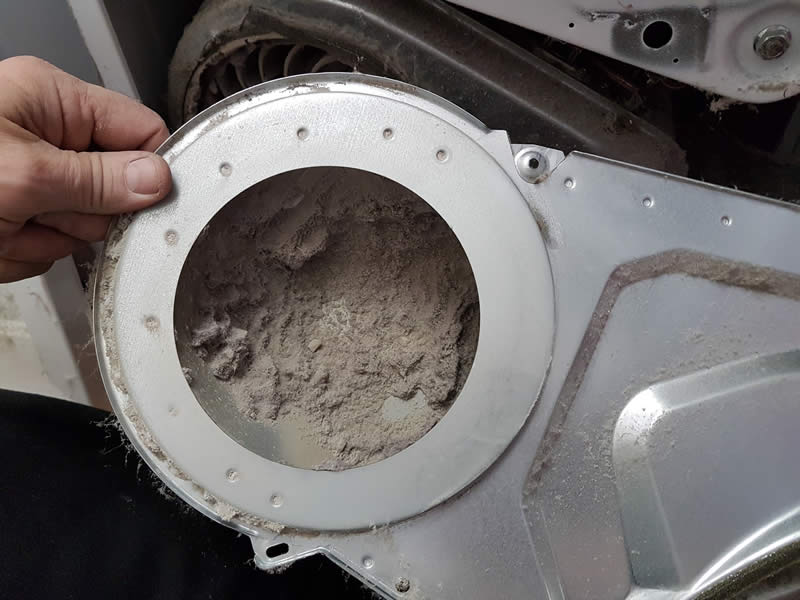 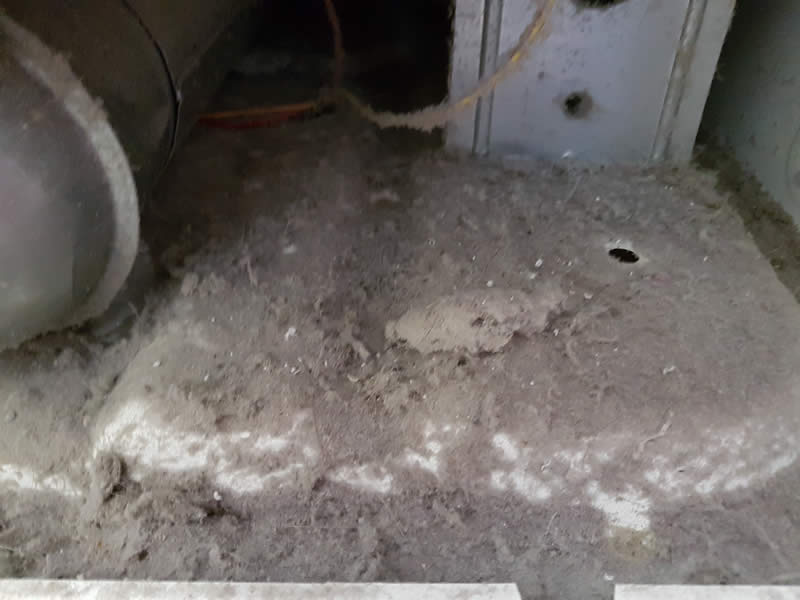 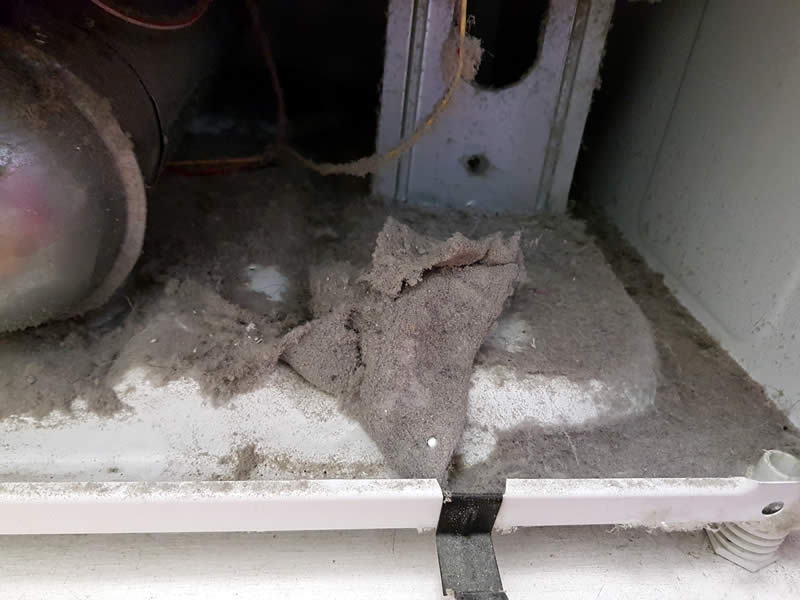 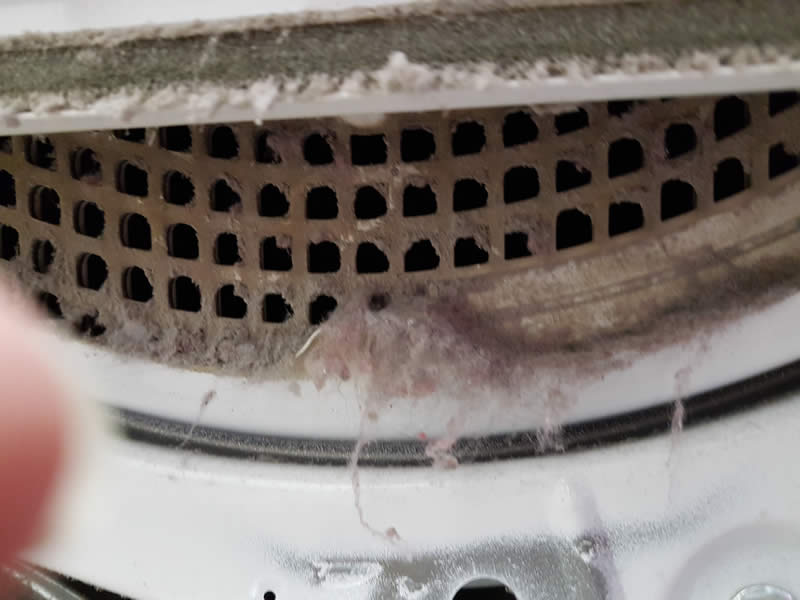 Dryer Lint No Longer A Fire Hazard – After Pictures
(some before using the toothbrush!) 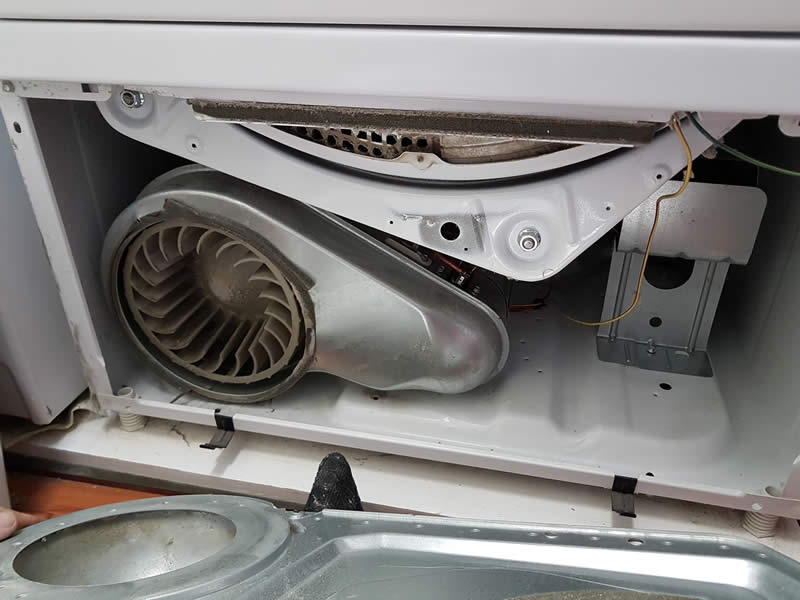 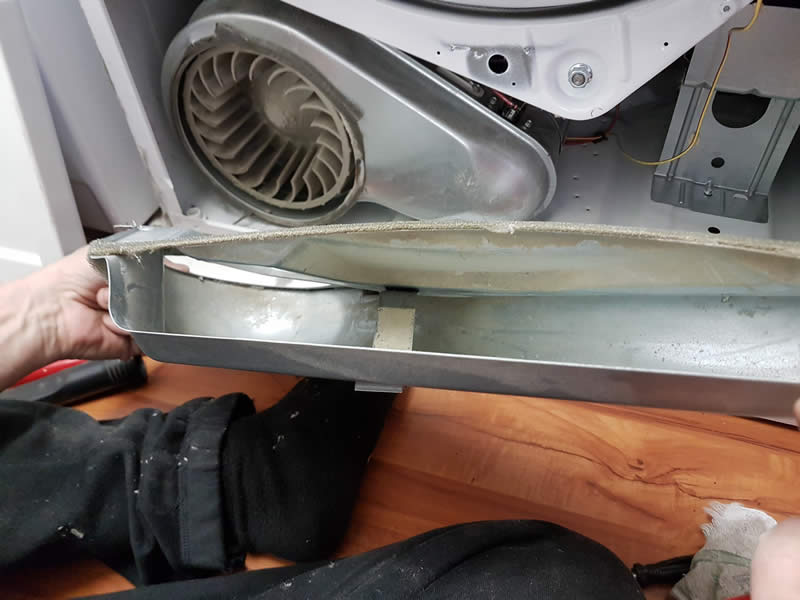 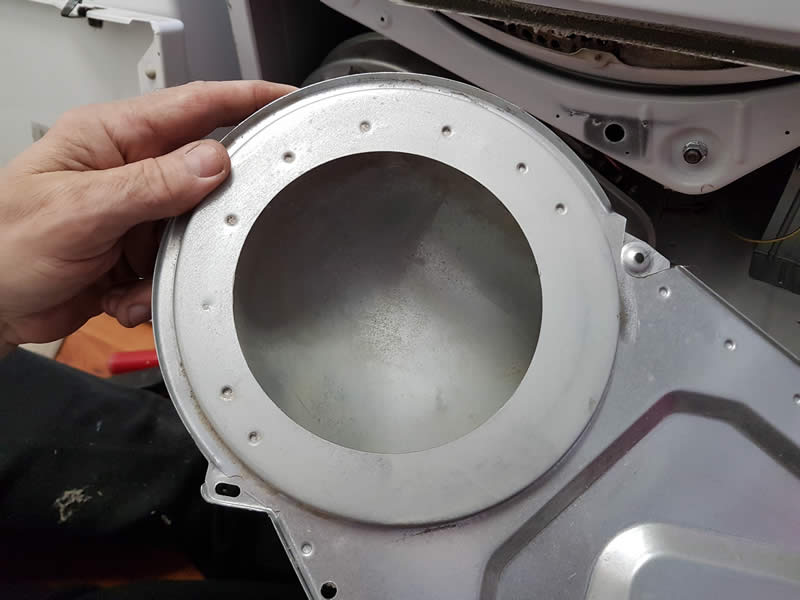 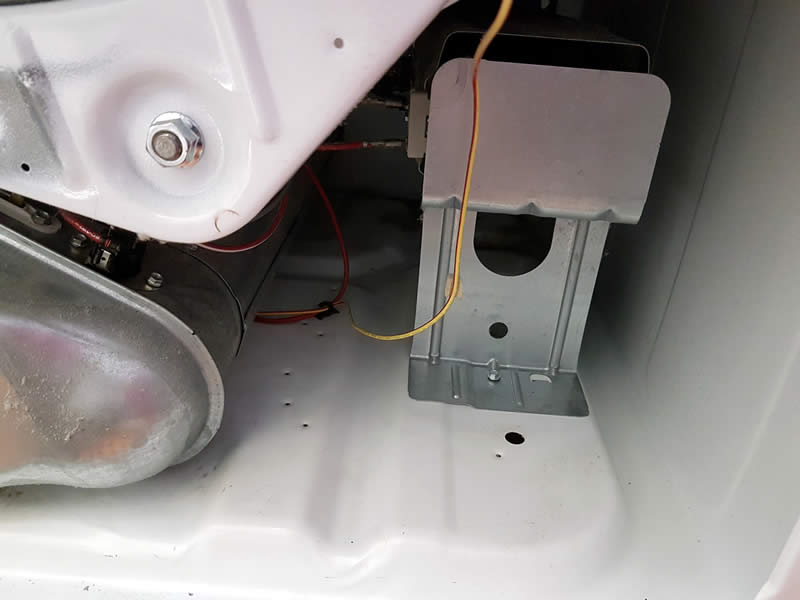 The next time you find yourself getting a little impatient …