The first ever International Goldfish Championship, hosted in Fuzhou, of China’s Fujian Province, took place on September 15, 2012. Three thousand entries, from fourteen different countries around the world, competed for the title of “World Goldfish Queen”. A panel of judges determined which of the goldfish contestants should be crowned the most beautiful goldfish in the world.

In an interview with Reuters, judge Ye Qichang said, “We judge goldfish mainly by five criteria: breed, body shape, swimming gesture, color, which is very important, and overall impression.” The winner of the international tropical fish beauty competition weighed in at 1.75 kilograms (3.9 pounds).

Personally, I’m saving up to go to the “World Ladybug Queen” competition.

Oscar the cat, has regained a spring in his step … 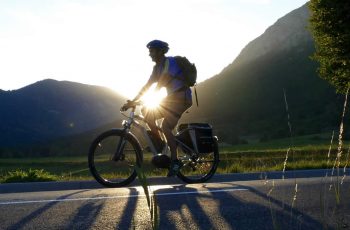 Electric Bike Accessories You May Want To Consider Electric bikes …