It is the person who continues in his self-deception and ignorance who is harmed. – Marcus Aurelius

We tend to disempower ourselves. We tend to believe that we don’t matter. And in the act of taking those ideas to ourselves away to somebody else, to something else. – Terence McKenna

Orwell’s novel 1984 is one that has gone from being a work of fiction to one one of prophecy. Rumour has that Orwell had inside information on what was to come in the way of surveillance and mind control. Was it irony or co-incidence that Orwell died within three years after 1984 was published?

Fake news, alternative facts, political correctness are phrases that would do quite well in Orwell’s 1984. Big Brother has more advanced technology to use than what was available in the late 1940’s. The Thought Police make use of social media, spy satellites and hand held gadgets to keep tabs on us all.

Throughout history there always have been those who twist the truth into falsehood. I still can’t see the point of perpetuating all the lies that go around. When the Day of Judgement comes will the liars come up with more ‘stories’ to cover what they originally said? A better idea is start being honest prior to that time.

The best propagandists know that repeating the same lies over and over again is the most effective way of brainwashing the masses. The longer a person is in a hypnotic state of mind it’s tougher to snap out of it. To do so requires plenty of solitude and learn how to think for yourself. Activities like golf, fishing, reading and pet care are effective ways of relaxing the mind.

It doesn’t matter where one is on the political spectrum or which religion they belong to, they all are being force fed misinformation to a large degree. Propaganda and smear campaigns have made inroads in each one of us to a large degree also. It takes a lot of discernment to separate truth from fiction.

With Artificial Intelligence progressing the way it is, it could take us over completely. I hope the day doesn’t come where AI changes us into flesh and blood robots. Thought control can be achieved through torture, peer pressure, excessive TV watching or too much time on the Inter-Net. Schools are a great way of over taking the individual. Big Brother is lurking in every shadow, making sure the us versus them mentality keeps us at odds.

A good book to read is The Smear by Sharyl Attkinson. It brings out into the open just how smearing is used to discredit or compromise an ‘enemy’ so they vanish from public view. 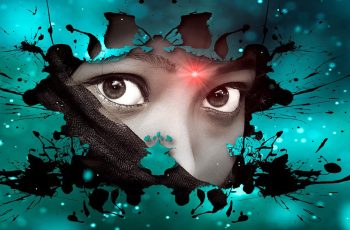 I never want to be as sure of anything as … 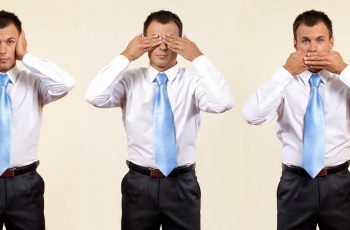