Home
Inspirational
He Rained On Her Parade, So They Gave Her One Of Her Own
Share
Tweet
Pin

How awesome are people in New Orleans? Absolutely Awesome! When an 11-year-old girl with autism went to see the Krewe of Muses parade during Mardi Gras, a man almost set her hair on fire with his cigarette, and spilt beer over her before calling her a “retard”, at first to his friends, and then later to her face. Emily Mueller was reduced to tears long before she ever got to see any of her favorite parade.

That night, her angry mother, Amy Mueller, posted the girl’s experience online, detailing the man’s hateful words and thoughtless actions. Her post generated 30,000 page views and hundreds of responses, with sympathy also flooding in from Twitter and Facebook. Residents volunteered to give Emily the Muses memorabilia they caught at the parade, and a Tulane University group announced that it will hold an awareness day on March 7th, to educate people about autism and the destructive power of the epithet “retard”. But that was just the beginning!

Muses’ founder, Staci Rosenberg, opened up the den so the organization could make it up to Emily. Members, all clad in this year’s one-shouldered teal robes, attended in full force, and Emily was even invited to climb aboard the Krewe’s signature fiber-optic, high-heeled shoe. In addition to Muses, 610 costumed members of the Stompers, the Rolling Elvi and the Pussyfooters also gathered at the den to strut, dance and bestow glittery shoes, leis, beads and stuffed animals upon Emily, who said that the experience was “overwhelming”. Way to go New Orleans!!!

From: God, also known as the Creator, Allah, Waheguru, Bhagwaan, … 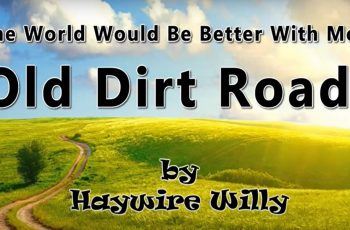 The world is in crisis, and the solution is more …