There’s a certain time in every relationship when a giant leap takes place, and it’s a very painful journey for the male of the species. What I’m talking about of course, is threading your way through your better half’s bathroom, which in the single American female home is a labyrinth that I doubt Indiana Jones could negotiate.

Having worn the uniform of the armed forces for all of my adult life, I’ve faced tough training obstacles, grueling exercises, long deployments, stressful situations arising from being in law enforcement like domestics, club fights and narcotics, and combat in deployed places I’d rather forget.

Still, nothing compared me for the first time I stepped foot in Sheila’s bathroom.

Let me explain what was going on here. We had been dating for a while at this point and even progressed to doing the things unique to dual military couples.

We’d pick up each other’s uniforms from the cleaners, take a few days of leave to go on  road trips together, get all formal and medaled in our dress uniforms and go to fancy dinners the military is famous for, complete with some retired general delivering a speech right after social hour and the mandatory hobnobbing.

So, it was only natural that after a busy week at work we decide we both deserved a nice dinner out and, in her words, “Why don’t you just shower and change at my house to save some time?”

Little did I know the female bathroom is a battle space I was unprepared for.

I walked into the faucet-laden female den with my change of clothes, peeling off my uniform as I went. Everything was going fine until I moved her shower curtain aside.

I stopped moving just as if I’d come across a minefield. It was dangerous and unexplored territory.

It looked like a mad scientist’s workshop in there. There were bottles and containers of various shapes, sizes and colors scattered along the edge of the tub. She even had shelves along her tiles filed with more containers.

She had one of those insta-shelves that was hung around her shower head. It had candles.

Now, who puts candles in a bathroom?

This was a far cry from my shower at home I was happily used to.

My shower space was simple.

It contained a washcloth, two towels, one bottle of the cheapest shampoo I could find and one bar of soap. Everything in my shower could be mixed together and not cause a small chemical explosion.

I wasn’t so sure about hers.

“What’s all this?” I asked, as she walked into her adjoining bedroom and began to hang up her own uniform.

“What’s all what?” she replied.

“Well, all this … stuff,” I answered. “I mean do you really need all these appliances just to take a shower?”

She walked in the bathroom with a clearly puzzled look on her face.

“What are you going on about this time?” she inquired. She clearly didn’t see anything strange with this set up.

It was wreaking havoc with me.

“Well, take that purple bottle,” I said, pointing at some strangle alchemical mixture. “What’s that one?”

“Well, dear,” she began, “that’s what some of us call shampoo,” she said with a dramatic flourish. “Say it with me. SHAM-poo.”

“If that’s shampoo, then what’s that other bottle that says shampoo on it?” I asked.

“That’s shampoo too,” she said. “I only use that kind once in a while.”

I picked up three different bottles in various colors.

“Those are conditioners. They all have different smells and I like them all, so I use whatever I’m in the mood for that particular day.”

This was rocket science to me.

“Can’t your hair just smell clean and that be good enough?” I inquired.

She patted me on my face like she was explaining to a two-year-old why eating daffodils in the yard was unhealthy.

So, I hopped in the shower and pondered the bottle she’d indicated.

“Hey, how much is this fancy hair washing concoction anyway? I don’t think I’ve seen it before,” I said through the shower curtain as I was cleaning up.

I scrambled to try to put the semi-precious liquid gold I had poured into my hand back in the bottle. I had visions of starving children remaining hungry while my better half ordered shampoo expensive enough to feed families in third world countries for a year.

“Can’t I just run back to my place and grab my 97-cent bottle of stuff?”

I really couldn’t see pouring an equivalent of an expensive steak and shrimp dinner in my hand and then lathering it on top of my head.

“Quit being silly,” she said through the shower curtain. “And hurry up in there so I can get ready.”

Okay, let’s just get through this.

Now, where was the soap?

That question brought her storming back into the bathroom. She pulled the shower curtain aside with a violent snap.

“Do you still really use soap?” she asked, with narrow eyes. “Don’t you know what that stuff does to your skin?”

I thought I did.

“Cleans it?” I answered as I reached for the recently departed shower curtain that was keeping the cold bathroom air out of my shower.

“No,” she said. “It dries your skin out and makes it all icky. Use that,” she said and pointed at another group of various liquids in the corner of her tub.

“Shower gel,” she answered. “It’s better for you than soap.”

“I don’t know if I want to smell like blueberries, apple cinnamon or mango,” I said after examining all the labels.

“You’ll be fine,” she said. “Has it occurred to you that you’re freaking out over taking a simple shower?”

“Okay,” I conceded. “I suppose I can smell like apple cinnamon for one night. Where’s the washcloth?”

She said something about dating someone with all the sophistications of a cave man and pointed to a neon colored bath scrubbing cloth.

I eventually finished my shower and, much to my surprise; none of the various cleaning devices in there smoked or bubbled when mixed. In fact, I was busy trying to find out what colors and effects blueberry shower gel mixed up with $28 shampoo would cause when she roused me out of there.

We did end up going out and having a nice dinner. After dinner, we did something that probably marked we were destined to be together.

We went by the mall where Sheila bought me my own manly smelling shower gel and a shower scrub that was a little less neon. I didn’t complain… much.

I drew the line at fancy shampoo though. Ninety-seven cents can clean my noggin just as well as $28.

And it even changes colors when you mix it with blueberry shower gel.

Too Much Emphasis Is Placed On Education, And Far Too … 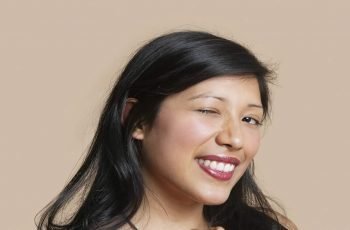 Here is a short list of definitions of the world …