2014 will go down in history as a pivotal point in human history, as traditions tumbled to dust, and the dawn of machines rose above us, filling the sky with mechanical doom. It marked the growth of green, the plummet of petroleum, and massive shifts in social behaviors around the world. The global economy remained much like a kitten playing with a balloon, and political leaders in several lands found it an opportune time to go insane. 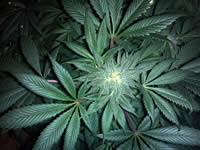 The year saw marijuana become illegal where it was legal, and legal where it was illegal, ironically primarily due to the efforts of a Canadian whose prime minister let him rot in a foreign prison for doing what was legal in Canada, but not elsewhere, at least not then, but is now. Ironically, this same man launched what is now a very legal multi-billion dollar industry that employs tens of thousands of previously unemployed people, in the very nation that imprisoned him for doing what he did. 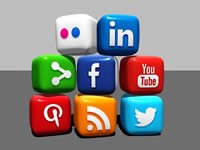 Social media has raised human consciousness to whole new levels, and has globally smashed through economic, geographic and social barriers, crossing international borders at the speed of light. As the level of public awareness rises around the world, the ability for mass control diminishes, and friendship and understanding have begun to replace fear and isolation. It has ushered in the dawn of a new way of seeing ourselves in the bigger picture, and made us each aware of how important a part we can play in the future.

In international aviation, there are a lot more military planes being built than passenger crafts, and one airline had a hell of a year. Two entire aircraft of theirs vanished with all on board, then just to step it up a notch, “someone” blew another one all to hell over the Ukraine, turning passengers into a grotesque confetti scattered for miles around. This set off a military version of “Who’s on first?” that ultimately led to a lot of innocent people dying that no one was to blame for. 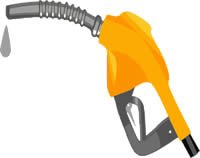 In the corrupt and slippery world of oil and gas, Russia’s Putin kicked international oil cartels in the testicles, as Australia positioned itself to sodomize global markets with its expansive reserves. They pissed off a lot of people planning on selling their oil and gas for outrageous profits, and set off an oil war that has been nothing short of awesome for everyone, except them. On a side note: I assure you it was not coincidental that virtually every place on earth where there was unrest, wars and murders during 2014, oil and gas interests were directly involved.

And, those governments who were idiotic enough to have put their high hopes on raping their nation’s non-renewable resources for salvation from their fiscal and socio-economic stupidity, are about to have a really bad time, in the very near future. An example is British Columbia, Canada, where the current government was duped out of hundreds of millions by natural gas giants dangling carrots above its head, only to snatch them away, leaving the government panicked about paying its bills, and the public about to pay dearly for being ignorant enough to believe its government’s lies.

Across the pond, the Scots proudly went to the polls (not poles) to decide the fate of their nation, and after much hoopla, proudly picked the option of ‘Not now, but maybe a wee bit later’. So, for now, Scotland remains umbilically attached to its historic enemy, politically procrastinating until another few generations have passed. An Irish neighbor described the vote as “a family vote in favor of incest”.

The Americans also went to the polls in 2014, and it did not go well for the Democrats, leaving Obama in a pickle of swine and brine. So sits a left leaning King on a throne leaning decisively the other way, as the religious right prepares its “Okay, boy, now yer gonna pay” strategy, hoping to crush crime by making more laws, bring back gay lynchings, raising the banners of God as they traitorously destroy their nation’s environment, economy and social consciousness.

And, hackers. Wow, what a year for the sinister royalty of the digital underworld! From Canada’s government files being viewed by foreign eyes, to Sony’s cyber-rape, there is growing support for exiting the grid as the only way to preserve privacy. The retail market did not escape unscathed either, with chains like Target and Home Depot hacked and jacked, leaving thousands of customers at the mercy of potential thieves, or worse.

2014 was also the year police around the world found themselves increasingly under attack by the media, and crazed citizens. Michael Brown’s shooting set off riots across the country, supposedly about harm happening to innocent people, so to get justice, they destroyed innocent people’s businesses and lives. In response, in order to better protect themselves, law enforcement invested in heavier armour and artillery, instead of cop cams and training officers to deal with vulnerable people in crisis. How can you not love that logic? 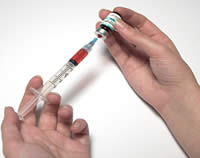 On the medical front, Ebola swept across vast regions of Africa, leaving thousands dead in its wake as the rest of the world became paranoid and took precautions to prevent it from spreading globally. In an effort to absolve itself from guilt, the United Nations did as little as possible, as a handful of volunteers from around the world made virtually no difference. Back at home, flu vaccines continue to be an extremely lucrative market for medical conglomerates, and pharmaceutical giants grow angry as they realize that the vast majority erectile dysfunction is due to female disinterest in sex with beer-bellied, burping, farting, snorting blobs of self importance.

On the religious side of things, yawn, yet another group of religious zealots used their religion and warped ideologies to rape and murder. How frigging original. A prime example is ISIS, the human equivalent of Ebola, which did its best to make the entire planet hate its guts by cutting off people’s heads, and then acting like they’re all that in their sister’s dress. Sadly, the demented dominoes are just one of a thousand crazed religious sects, everyone of them using God as an excuse to justify their criminal and insane behaviors, as they scream, “Behold! I have seen the Boogie Man, and he made me his high priest. Bow before me and do his bidding!”

These diseased pockets of humanity have inadvertently spawned a new form of warfare, as nations begin to turn a blind eye to foreign powers seeking revenge on their soil. Now, no longer does one nation automatically roar and go to war when another attacks locations within its borders. Instead of country against country, today’s warfare has become ideology against ideology, fighting on much smaller fronts, and killing far less innocent people. A new part of the arsenal of these new elite strike forces are airborne robots. So look up, waaayyy up.

Above us, the drone wars begin to escalate as lawmakers scramble to find ways to prevent the inevitable destruction of mankind, when one of its toys finally turns on its master. Soon the skies will be crawling with man-powered insects buzzing about, spying on everyone, everywhere, all the time. Your neighbor can broadcast you scratching your butt in your living room live to thousands of people, and there won’t be diddly you can do about it. Heck, armed drones already use their own discretion about blowing people and things all to hell, and there have been a number of documented awkward situations, officially described as ‘whoops’. How long before we all become ‘the enemy’?

Yes, 2014 was the year that changed the world, in good ways and bad, and has set the stage for cataclysmic catastrophes if mankind continues on as it has. So, on the eve of a new year, it is our hope that 2015 ushers in a new era of mankind, a time of progress, as the new generation takes us from oil dependency to future technologies, as our forefathers took us from horse to automobile. It is hoped aerial privacy and trespass laws are passed to prevent the airborne invasion of our lives, and that the world finally awakens to the vast, free, environmentally friendly power that lies below our feet. For, when we finally develop the full potential of geothermal power generation, it will forever end our need for hydro, coal, and fuel generated electricity.

May the year 2015 be a year that also changes history for us, for the better, and may it be a very, very good New Year for you. 🙂

The  USS New York  is an incredibly significant and important …

Since so many people seemed convinced that I am headed …